You are here: Home / Libraries / World Museums / The Women’s Museum

The spirit of The Women’s Museum: An Institute for the Future will live on through its archives, which have been gifted to Texas Woman’s University. The archives will be incorporated into the nationally renowned TWU Woman’s Collection, the best concentration of resources on U.S. women in the Southwest. The Woman’s Collection, a preeminent research center for women’s history, is located in the Blagg-Huey Library on TWU’s Denton campus. TWU will incorporate some of the museum’s artifacts into its exhibits and will provide onsite and online access to the archives. Artifacts donated to the Woman’s Collection reflect pop culture as well as organized movements — from Betty Boop nesting dolls to political buttons for Geraldine Ferraro, Ann Richards and NOW (the National Organization for Women). Historical documents related to the museum’s programs, exhibits and the museum itself also are included, along with artifacts from the Women Airforce Service Pilots (WASP). TWU is home to the official WASP archives. 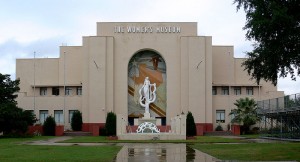 The Women’s Museum: An Institute for the Future was a museum located inside Fair Park in Dallas, Texas (USA), covering the subject of American women’s history. The Women’s Museum’s 70,000-square-foot (6,500 m2) building provided a home for programs and exhibits where people could honor the past and explore the contributions of women throughout history.

The idea of the museum was originally conceived by Cathy Bonner in 1996. Wendy Evans Joseph was chosen to be the design architect. She was previously senior designer for the Holocaust Memorial Museum in Washington, D.C.. Exhibition design by Whirlwind Creative. The museum, a Smithsonian affiliate, opened September 29, 2000.

The mission of the Women’s Museum was to inspire, educate, and stimulate their audience through the exploration of the successes, experiences, contributions and potential of women. 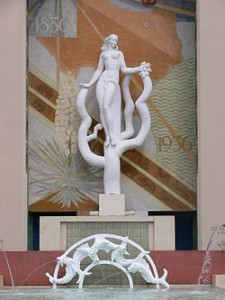 This building was built in 1910 by C.D. Hill, which served as Fair Park first coliseum building. It was used for livestock auctions by day and musical theater performances by night. In 1936 this building was renovated and used as an administrative building for the Texas Centennial Expectations. The building was then used to complement the Art Deco facilities and they even added new art deco facade on the south face of the building.

“The Spirit of the Centennial” is a 15-foot-tall statue that depicts a young woman rising from a cactus. This symbol is fitting for not only the Texas Centennial Exposition, but for the museum as well. By the early 1990’s, the building was in total disrepair, being unusual and unsafe.

However, it wasn’t until the founder, Cathy Bonner, came to Dallas in 1996 where friends at Fair Park introduced her to the building. The women coming out of the cactus at the front was all it took to know that this would be the home of the Women’s Museum. They transformed a 20th-century treasure into a 21st technological marvel. 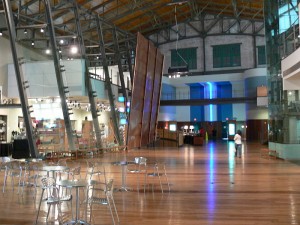 This foundation is a national, non-profit, educational organization dedicated to improving the personal and economic professional status of women and girls through projects and programs.

The first major project, Texas Women’s History Project, grew from an innocent question posted in 1974 by an eight year old girl. While attending the Institute of Texan Cultures Museum she asked her mother, “But where are all the women.”

This sparked an interest in the mother to collaborate with the women’s resources to investigate the nature of women’s participation in the development of Texas. This resulted in Texas Women’s History Project and the museum exhibit, Texas Women – A Celebration of History, which toured throughout Texas in 1980 and 1981. This display is now on permanent display at Texas Woman’s University. The Texas Women’s History Project culminated in 1997 when the supplemental video/study guide educational package, From Gutsy Mavericks to Quiet Heroes: True Tales of Texas Women, was distributed to all Texas public schools.

The Ronya Kozmetsky Institute for the Future 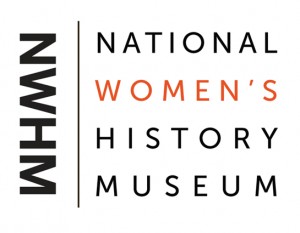 “Technology is a great friend to women. It will allow women to change the way we do business and raise our children in the next century.” Ronya Kozmetsky

The Institute for the Future offers hands-on computer-based programs in a fun and interesting environment. A fast-paced, specialized curriculum provides math, science and computer technology skills. The Museum’s professional team works with well-trained volunteer mentors to create and deliver a broad range of creative and enriching programs. The Institute is a living laboratory for research of learning strategies and teaching techniques. In addition to activities in the computer lab, educational offerings include lectures, films, tours and teacher and school programs.

Under the Institute for the Future, the Women’s Museum will offer a series of programs, workshops, and enrichment activities designed to help adolescent girls from 11-17 develop and sustain a strong sense of self. All programs have been created to help our participants: