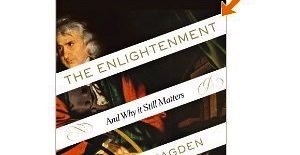 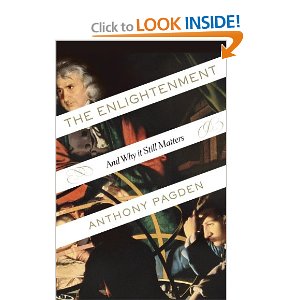 The Enlightenment: And Why It Still Matters by Anthony Pagden

One of our most renowned and brilliant historians takes a fresh look at the revolutionary intellectual movement that laid the foundation for the modern world.

Liberty and equality. Human rights. Freedom of thought and expression. Belief in reason and progress. The value of scientific inquiry. These are just some of the ideas that were conceived and developed during the Enlightenment, and which changed forever the intellectual landscape of the Western world. Spanning hundreds of years of history, Anthony Pagden traces the origins of this seminal movement, showing how Enlightenment concepts directly influenced modern culture, making possible a secular, tolerant, and, above all, cosmopolitan world.

Everyone can agree on its impact. But in the end, just what was Enlightenment? A cohesive philosophical project? A discrete time period in the life of the mind when the superstitions of the past were overthrown and reason and equality came to the fore? Or an open-ended intellectual process, a way of looking at the world and the human condition, that continued long after the eighteenth century ended? To address these questions, Pagden introduces us to some of the unforgettable characters who defined the Enlightenment, including David Hume, the Scottish skeptic who advanced the idea of a universal “science of man”; François-Marie Arouet, better known to the world as Voltaire, the acerbic novelist and social critic who challenged the authority of the Catholic Church; and Immanuel Kant, the reclusive German philosopher for whom the triumph of a cosmopolitan world represented the final stage in mankind’s evolution. Comprehensive in his analysis of this heterogeneous group of scholars and their lasting impact on the world, Pagden argues that Enlightenment ideas go beyond the “empire of reason” to involve the full recognition of the emotional ties that bind all human beings together. The “human science” developed by these eminent thinkers led to a universalizing vision of humanity, a bid to dissolve the barriers past generations had attempted to erect between the different cultures of the world.

A clear and compelling explanation of the philosophical underpinnings of the modern world, The Enlightenment is a scintillating portrait of a period, a critical moment in history, and a revolution in thought that continues to this day.