You are here: Home / Dance / Education / Posting Your Photographs / The Charleston 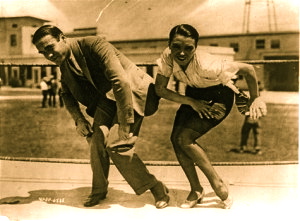 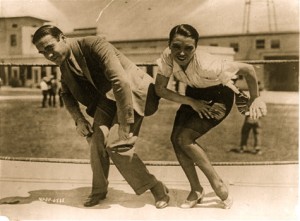 The most popular dance in the world, the Charleston (c. Library of Congress)

On October 29th, 1923, a black musical named Runnin’ Wild opened on Broadway, with songs by James P. Johnson and Cecil Mack. The first act of the show ended with the song “Charleston.” Elizabeth Welsh, as the character of Ruth Little in the show, performed the dance with chorus boys called the “Dancing Redcaps.” Elida Webb, the choreographer, claimed to have invented the dance, which, of course, was not true.

The dance called the Charleston has deep roots that trace back to the Ashanti tribe from the Gold Coast of Africa. As those Africans were enslaved and brought into America, many of their tribal customs were passed down through generations living on South Carolina low country plantations along the coast. By the turn of the 20th century hundreds of thousands of emancipated slaves, called “geechie” – slang for people from the low country, had moved to Chicago and New York for economic opportunity. Their syncopated minstrel-style music of the 1890s became ragtime, blues and ultimately, jazz. The Jenkins Orphanage Band of Charleston, S.C. performed on the streets of Harlem during the first decade of the 20th century and the description of their dance steps sounds very much like the modern-day Charleston.

In fact, the composer of the song “Charleston,” James P. Johnson, talked about his inspiration for the song.