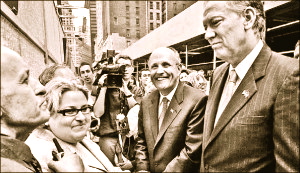 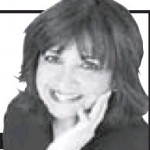 How did Tania Head fool so many people?

OF all the stories that broke our hearts in the first few years after 9/ 11, one particularly stood out as a testament to courage, resiliency, bravery and the ability to overcome horrific tragedy. It was the story of Merrill Lynch employee and survivor Tania Head. 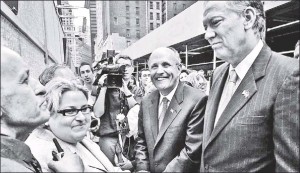 UNBELIEVABLE: For four years after 9/11, no one dared question the story of the “survivor” who called herself Tania Head (in glasses).

Head, who emerged after months and months of recovery, became the face of survival.

Head had been on the 78th floor of the South Tower when the plane struck, she said. Blown back against a wall, her arm was nearly ripped off, and only hanging by a tendon. Her assistant was decapitated in front of her.

As the building became engulfed in flames, Head, burnt and nearly dead, was miraculously helped to the stairwell — holding what remained of her arm — by “the man in the red bandana.”

This man, who had saved many other lives that day, was named Welles Crowther, a young man who worked there and died rather than abandon people who needed help.  Head did not just almost lose her arm that day, but she also lost the love of her life, her fiance, who worked in the North Tower.

By 2004, Head rose to the position of president of the World Trade Center Survivors’ Network, an organization that never even had a president before she was voted into the post.  She was lauded by Mayor Giuliani and Governor Pataki. She was featured in glowing columns.

The woman who helped other survivors as they struggled to pick up their lives and deal not just with the horror of what they saw, but with survivor’s guilt, became a national hero.  Only problem is none of it was true.

In fact, Tania Head (real name: Alicia Esteve) wasn’t even in New York on 9/ 11. She was in her native Barcelona.

“The Woman Who Wasn’t There” — the first TV production from Meredith Vieira’s company since she left the “Today” show last year — premieres on Investigation Discovery tomorrow night, and it’s as riveting a tale as any you will see on TV.

Survivors of 9/ 11 who became family to Head, who leaned on her, supported her, took her to see the name of her fiance (whom she sometimes called her husband) etched into the memorial for the first time — all the moments are here.

It’s a shocking and bizarre tale that began when the privileged, overweight daughter of a prominent Barcelona family named Esteve decided to become a survivor.

Her family had been embroiled in a financial scandal that swept them into the national headlines, so she simply decided to reinvent herself — with a new name — as a wounded survivor and “widow.”

As the documentary unfolds and Head’s story — after four years of prominence — begins to crumble, the shock, outrage, hurt and anger of the survivors is palpable.