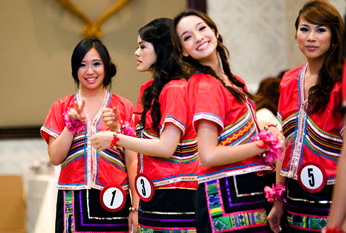 Taiwan: The Free Face of China 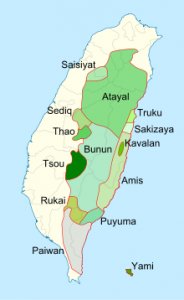 (traditional Chinese: 台灣人; simplified Chinese: 台湾人;pinyin: Táiwān rén; Pe̍h-ōe-jī: Tâi-oân-lâng) may refer to individuals who either claim or are imputed cultural identity focused on Taiwan, or Taiwan Area including Penghu islands, Kinmen, and Matsu islands which has been governed by the Republic of China (ROC) since 1945 which mainly consist of 2 ethnic group of one being Han Chinese and Taiwanese Aborigines. The Han Chinese mainly consist of Hokkien people, Hakka people, and Mainland Chinese who arrived after World War II and Chinese Civil War with Chinese Nationalists. At least three competing (occasionally overlapping) paradigms are used to identify someone as a Taiwanese person: a nationalist criteria, self-identification (including the concept of “New Taiwanese”) criteria, and socio-cultural criteria. These standards are fluid, in keeping with an evolving social and political milieu. The complexity resulting from competing and evolving standards is compounded by a larger dispute regarding Taiwan’s identity crisis, the political status of Taiwan, and its potential de jure Taiwan independence or political integration with China.

98% of Taiwan’s population is made up of Han Chinese People, while 2% are Taiwanese aborigines. The composite category of “Taiwanese People” is often reputed by many Taiwanese to include a significant population of at least four constituent ethnic groups: the Hokkien (70%), the Hakka (15%),Fuzhou people (2%) mainly native of Matsu Islands, waishengren (or mainland Chinese) (11%), and Taiwanese aborigines (2%) (Copper 2003:12–13; Hsiao 2004:105). Although the concept of the “four great ethnic groups” was a deliberate attempt by the Hokkien-dominated Democratic Progressive Party (DPP) to defuse Chinese Taiwanese people tensions, this conception has become a dominant frame of reference for dealing with Taiwanese ethnic and national issues (Makeham 2005:4–5). Despite the wide use of the “four great ethnic groups” in public discourse as essentialized identities, the relationships between the peoples of Taiwan have been in a constant state of convergence and negotiation for centuries. The continuing process of cross-ethnic mixing with ethnicities from within and outside Taiwan, combined with the disappearance of ethnic barriers due to a shared socio-political experience, has led to the emergence of “Taiwanese” as a larger ethnic group (Harrell & Huang 1994:14–15), except on the island of Kinmen whose populace consider themselves as Kinmenese or Chinese, and as well as inhabitant of Matsu Islands whereby they also consider themselves as Chinese.

Demographic research tends to include immigrants from mainland China, Hong Kong, Macau, and Taiwan as well as overseas Chinese who have immigrated from Southeast Asia into the broadly-defined Chinese American category as both the governments of the Republic of China and the United States account for Taiwanese Americans as a subgroup of Chinese Americans.

According to the 2010 U.S. Census, 49% of people who consider themselves Taiwanese live in the state of California. New York and Texas have the second and third largest Taiwanese American populations, respectively. 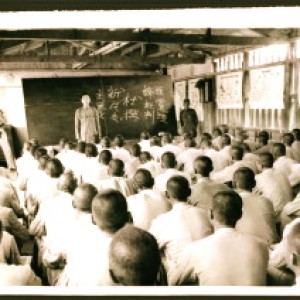 Prior to the 1950’s emigration from Taiwan was negligible. During Taiwan’s early history, the island was populated by Austronesian aboriginals and in the 17th and 18th centuries it served as a destination point for migrating Chinese, primarily Hoklos and Hakka. In 1895, Japan took over control of Taiwan following Japan’s victory over China in the First Sino-Japanese war. Japanese control severely curtailed any movement off the island in the interest of containing dissent against the Japanese Empire.

On the other side of the Pacific Ocean, opportunities for immigration from Taiwan to the United States were virtually nonexistent before the 1950’s. Previously, in the 1840s when American companies began recruiting cheap, accessible labor from Asia to develop Hawaii and the frontier West, Taiwan was too small to be a target for recruiters.

In 1949, the Chinese Communist Party took control of mainland China, and the remnant armies of the Republic of China under Chiang Kai-Shek retreated to Taiwan. Because of the Cold War, the United States continued to recognize the Kuomintang-led Republic of China as the sole legitimate government of all of China from 1949 until 1979. As a result, immigration from Taiwan was counted under within the same quota for both mainland China and Taiwan. However, because the Communists banned emigration to the United States until 1977, this quota for immigrants from China was almost exclusively filled by immigrants from Taiwan. After the national origins system was relaxed and repealed by Immigration Acts in 1952 and 1965, many Taiwanese people came to the United States, forming the first wave of Taiwanese immigration. Their entry into the United States was facilitated by the immigration act of 1965, which created a system in which persons with professional skills and family ties in the United States were given preferential status, regardless of the nation of origin.

In 1979, the United States broke diplomatic relations with the Republic of China, while the Taiwan Relations Act gave Taiwan a separate immigration quota from that of mainland China.

Before the late 1960’s, Taiwanese immigrants to the United States tended to be waishengren (mainlanders) who were people that immigrated to Taiwan with the Kuomintang after the fall of mainland China to the Communists. Later immigrants tended to increasingly be benshengren, whose ancestors had lived on Taiwan before 1949. With improving economic and political conditions in Taiwan, Taiwanese immigration to the United States began to subside in the early-1980’s.

Taiwanese culture places a high value on education, as many Taiwanese Americans are very highly educated and hold advanced degrees from numerous prestigious universities around the United States. They often hold high-end occupations as doctors, lawyers, engineers, accountants, professors and scientists. Taiwanese Americans also hold positions in America within the aerospace, defense, research, academic and the health care sectors. Several distinguished academics, including Nobel Prize winners, are Taiwanese Americans. Among Taiwanese Americans, medicine is regarded as particularly high status for historical reasons. During the Japanese occupation of Taiwan before 1945, Taiwanese were barred from politics and administration but were encouraged to become doctors and nurses, leading to this profession being regarded as a high status means of social advancement.

Many Taiwanese Americans work as white collar professionals, many of whom are highly educated, salaried professionals whose work is largely self-directed in management, professional, and related occupations such as engineering, medicine, investment banking, law, and academia. 66.2% of Taiwanese Americans work in many white collar professions compared 35.9% for the general American population and 48.1% for Asian Americans. 71.3% of Taiwanese men and 60.4% of Taiwanese women are in working in management, professional, and related occupations. They also hold some of the lowest unemployment rates in nation with a figure of 4.3% compared to a national rate of 6.9%.

According to the 2009 U.S. Census, Taiwanese American men had one of “the highest year-round, full-time median earnings” with a figure of $76,587, and Taiwanese American women had a median income of $51,307. They also have one of the highest median incomes among any ethnic minority in United States with a figure of $68,809, which is roughly 37% percent above the national average. They have one of the lowest poverty rates in nation with a figure of 9.5% compared to 11.3% for the general American population but the figure was slightly higher than for all Asian Americans which stood at 9.1%.

Owing to their relative wealth and education attainment, many Taiwanese immigrants have not settled in the old Cantonese-speaking Chinatowns. Instead, they have generally immigrated directly to American suburbia and in effect, they started new Taiwanese communities. For example, beginning in the late 1970s and early 1980’s at the height of Taiwanese immigration, the Taiwanese emigrants were instrumental in the development of Monterey Park, California in Los Angeles – thus causing it to earn the moniker of “Little Taipei” and derisively as “Mandarin Park” – and vicinity and in Flushing, New York, which generally reflected new investments and capital flowing from Taiwan into newer Taiwanese enclaves instead of the well-established and mostly dilapidated Chinatowns.

While Monterey Park is no longer the major Taiwanese community in Los Angeles today, Flushing remains the main vibrant Taiwanese cultural, commercial, and political center in New York City. In Los Angeles County, California, newer communities such as Rowland Heights, Hacienda Heights, Arcadia, San Marino, Diamond Bar, Walnut, San Gabriel, Temple City, give the ambience of “Little Taipei” . However, many annual Taiwanese cultural events (especially during Taiwanese Heritage Week) are still held in Monterey Park. As an attempt to duplicate the Taiwanese success of Monterey Park in Houston, Texas, Taiwanese immigrant entrepreneurs pioneered in the mid 1980s what is now widely considered as Houston’s new Chinatown on Bellaire Boulevard (although many Vietnamese-born Chinese immigrants have increasingly settled and set up shop in the area as well). A number of Taiwanese American businesses and organizations still operate and flourish in this part of Houston.

Similarly, for the past 10 years, Benshengren have been immigrating to upscale neighborhoods in Los Angeles and Orange County such as Cerritos and Irvine respectively. The city of Cerritos is located in Los Angeles County but borders Orange County and has a large diversity of Asian immigrants. The city of Irvine has a very large Benshengren population, though now more and more Waishengren and Mainland Chinese immigrants have flocked to the city. The Irvine Chinese School, which serves mostly the American-born children of Taiwanese immigrants, is one of the largest Chinese Schools in the Orange County area. These immigrants belong to branches from some of the most politically and economically powerful Taiwanese families (with the surnames Chiang, Chen, Cheng, Kung, Tsai, and Wu).

Convenient Taiwanese-oriented strip malls and shopping complexes are typically complete with supermarkets and restaurants, thus Taiwanese American suburbanites have very little need to visit the older Chinatowns. In addition, shops offering imported Taiwanese goods allow for young Taiwanese expatriates in the United States to keep up with the current trends and popular culture of Taiwan. Taiwanese Americans have also brought with them Taiwanese cuisine to the communities they have settled, which, possibly excluding bubble tea, is not generally well-known or served outside these aforementioned Taiwanese immigrant enclaves. 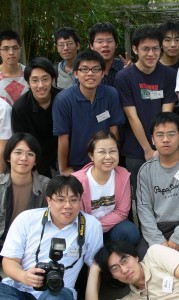 Taiwanese Americans have also gradually increased their political engagement in the public sphere of the U.S. in recent years. 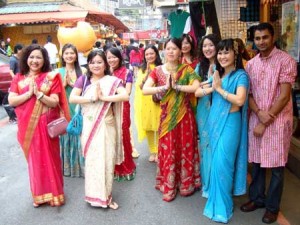