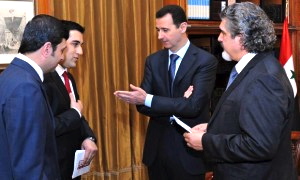 These videos are not for Shock, nor for entertainment. its to show the documents behind the syrian war which is going on for 2 years without any attention from outside.  The Syrian civil war is an ongoing armed conflict in Syria between forces loyal to the Syrian and outside foreigners paid by zionist intellegence, a system build to weaker the arab army, esspecialy those who are a threat to the pro-american diplomacy, in other words ”those who do not bow down to them.”  2013 FSA Rebel Gets Headshot From Assad Sniper | Syria War 2013. 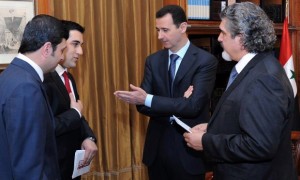 Syria civil war: clashes continue in Damascus – as it happened

• Twenty-one people have been killed so far in fighting across Syria today, including 12 in Raqqa and nine in Idlib, according to opposition group the Local Co-ordination Committees. The LCCs said there were also “fierce clashes” in the Damascus suburb of Zabadany this morning, and several people were wounded by tank and mortar fire in the suburb of Abadeh. The group reported that 130 people were killed yesterday, including 48 in Aleppo, in the north-west of the country, and 40 in Damascus and its suburbs. The Syrian Network for Human Rights, another activist group, said 132 people had been killed yesterday. Their reports cannot be verified because most media are banned from Syria. 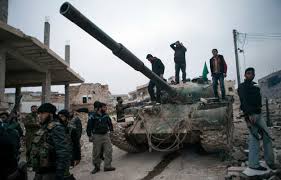 • The activist group the Syrian Observatory for Human Rights said that the opposition had taken an air defence base on the outskirts of Daraa, in the south west near the border with Jordan, after days of fighting. Its report cannot be verified because most media are banned from Syria. The New York Times has the full story here.

• Al Jazeera has denounced threats made against its presenters and correspondents by Syrian regime supporters on social media in recent weeks. “Al Jazeera prides itself on honest and objective reporting,” Ibrahim Helal, director of news for Al Jazeera Arabic, said. “People who feel Al Jazeera does not reflect their point of view have no basis for any argument when they use threats of intimidation and violence through social media portals like Facebook and Twitter. The fact that our staff have been targeted with messages of hate has no place in any plural society.” The TV station said it had initiated a legal case against those who made threats.

• An interview with Syrian president Bashar al-Assad is to be broadcast tomorrow, according to the president’s YouTube channel. Assad speaks in public relatively rarely.

Summary – Here is a summary of today’s key events. 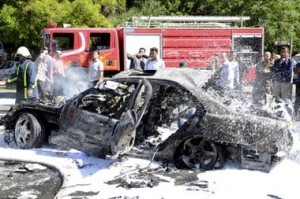 • Some 79 people have been killed in fighting across Syria today, according to the Local Co-ordination Committees, a Syrian opposition group. Thirty-one of these were killed in Aleppo, and 21 in Damascus and its suburbs, the group said. Videos purported to show damage to buildings in the capital. These videos and reports cannot be verified because most media are banned from Syria.

• The Syrian government is sending members of its irregular militias for guerilla combat training at a secret base in Iran, Reuters reports, in a move to bolster its armed forces drained by two years of fighting and defections, according to fighters and activists. Meanwhile Syrian state media has criticised Jordan for hosting the US-backed training of Syrian rebels, and warned that Amman risks falling into the “volcanic crater” of the Syrian conflict. 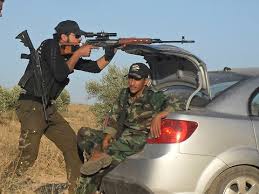 • A pro-Assad resident of the president’s coastal stronghold Latakia spoke to the Guardian to damn the rebels as “criminals” and “terrorists” and ask of the western-backed opposition group the Syrian National Coalition: “How they became our representatives, I do not know.”