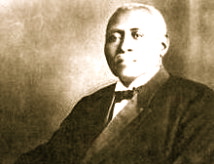 Somerset County is one of America’s oldest counties, and is named after the English county of Somerset. The area was first settled in 1681, in the vicinity of Bound Brook, and the county was established by charter on May 22, 1688. Most of the early residents were Dutch. General George Washington and his troops marched through the county on several occasions and slept in many of the homes located throughout the area. Somerset County also played an important part during both World War I and World War II with weapons depots and the manufacturing of the army’s woolen blankets.

In the 1960’s, townships that were once exclusively agricultural were quickly transformed into suburban communities. Examples include Bridgewater Township and the Watchung Hills communities of Watchung, Green Brook and Warren Township.  This growth was aided by the development of the county’s very strong pharmaceutical and technology presence. Indeed,Warren Township used to be considered “the greenest place in New Jersey.” More recently, there has been an influx of New York City commuters who use New Jersey Transit’s Raritan Valley Line and Gladstone Branch or use Interstate 78.

Founded in 1882, The Somerset County Historical Society is dedicated to discovering, procuring and preserving the history of Somerset County. The Society believes that history is the irreplaceable link in the chain that binds the future with the past and provides coming generations with a basis for forming intelligent decisions.

The Van Veghten House stands on its original site on the north bank of the Raritan River. The present structure evolved from the first house built by Michael Van Veghten before 1720.

Michael Van Veghten settled in Somerset County in 1685. In 1694, he acquired 836 acres of land on the north side of the river. Michael’s son, Derrick, who was born in the house in 1699, inherited the property after his father’s death.

The house served as headquarters for Quartermaster Nathanael Greene during the Middlebrook Encampment in 1778-1779. Derrick offered his property for the use of the Continental Army. Portions of the Pennsylvannia troops were encamped on his fields at the time.

While in residence here, General Greene wrote a letter to Jeremiah Wadsworth describing “a pretty little frisk” held in the house on March 17, 1779. Throughout the course of the evening, General Washington danced with Mrs. Greene “upwards of three hours without seting [sic] down”. In appreciation of the Van Veghten’s hospitality, the Greenes, upon leaving the house, presented Mrs. Van Veghten with a mahogany tea table, which is in the possession of a family descendant.

After Derrick Van Veghten’s death in 1781, the house passed through several families. From the 1850’s through the early 20th century, the house was renovated several times. Evidence of alterations can be seen throughout the house.

Paul attended school in Somerville and graduated from Somerville High School in 1915.  To gain a better understanding of his high school years, read the experts below. For a fuller description refer to Paul Robeson’s Here I Stand, Prologue: “A Home in that Rock” or Llyod Brown’s The Young Paul Robeson, Chapter Five: “High School: The Fledging Hero”. See Bibliography for citation.

Rev. William Drew Robeson I (born July 27, 1844 – died May 17, 1918) was the father of Paul Robeson and the minister of Witherspoon Church in Princeton, New Jersey from 1880 to 1901. Associated with the Witherspoon Street Presbyterian Church, this facility was built for its black members.

Robeson escaped from slavery in North Carolina at the age of 15 and went to the free state of Pennsylvania.  After the American Civil War, when he had worked for the Union Army, he earned an undergraduate degree and one in theology at Lincoln University. Married and with a family, he became a widower in 1904 and soon moved to New Jersey, where he served as a pastor at African Methodist Episcopal Zion churches.

During the American Revolution, the house was owned by American patriot Abraham Staats, marked as an enemy of the Crown by the British. His family hosted General Baron von Steuben, drillmaster of the American Revolutionary Army, who used the house as headquarters during the Second Middlebrook encampment in the winter of 1778-79. Research indicates the earliest portion of the house dates from around 1738, with sections added around 1800 and 1840 by the Staats family, which owned the home for 200  years.  Following the Battle of Bound Brook in April 1777, a retreating British column crossed the Staats’ property, taking items which Abraham later made claim as war damages.

The home was the setting for visits by General George Washington and other key figures during the War.  The Abraham Staats House was purchased by the Borough of South Bound Brook in 1999 for historic preservation.  The South Bound Brook Historic Preservation Advisory Commission and Friends of the Abraham Staats House, Inc. are dedicated to preservation of the house, which has been placed on both the State and National Register of Historic Places.