You are here: Home / Education / Women Who Made History / Shirley Chisholm 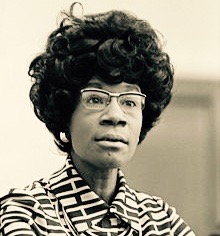 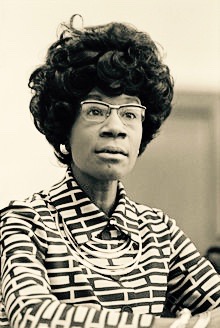 Shirley Anita St. Hill Chisholm (November 30, 1924 – January 1, 2005) was an American politician, educator, and author. In 1968, she became the first African American woman elected to the United States Congress, and she represented New York’s 12th Congressional District for seven terms from 1969 to 1983. In 1972, she became the first black candidate for a major party’s nomination for President of the United States, and the first woman to run for the Democratic Party’s presidential nomination.

In 2015, Chisholm was posthumously awarded the Presidential Medal of Freedom.

Shirley Anita St. Hill was born on November 30, 1924, in Brooklyn, New York, to immigrant parents from the Caribbean region. She had three younger sisters, two born within three years after Shirley, one later. Their father, Charles Christopher St. Hill, was born in British Guiana, lived in Barbados for a while, and then arrived in the United States via Antilla, Cuba, on April 10, 1923, aboard the S.S. Munamar in New York City. Their mother, Ruby Seale, was born in Christ Church, Barbados, and arrived in New York City aboard the S.S. Pocone on March 8, 1921.

Her father was an unskilled laborer who sometimes worked in a factory that made burlap bags, but when he could not find factory employment instead worked as a baker’s helper, while her mother was a skilled seamstress and domestic worker who had trouble working and raising the children at the same time.  As a consequence, in November 1929 as Shirley turned five, she and her two sisters were sent to Barbados on the S.S. Vulcana to live with their maternal grandmother, Emaline Seale. There they lived on the grandmother’s farm in the Vauxhall village in Christ Church, where she attended a one-room schoolhouse that took education seriously. She did not return to the United States until May 19, 1934, aboard the SS Nerissa in New York. As a result, Shirley spoke with a recognizable West Indian accent throughout her life. In her 1970 autobiography Unbought and Unbossed, she wrote: “Years later I would know what an important gift my parents had given me by seeing to it that I had my early education in the strict, traditional, British-style schools of Barbados. If I speak and write easily now, that early education is the main reason.” As a result of her time on the island, and regardless of her U.S. birth, Shirley would always consider herself a Barbadian American. Regarding the role of her grandmother, she later said, “Granny gave me strength, dignity, and love. I learned from an early age that I was somebody. I didn’t need the black revolution to tell me that.”

Beginning in 1939, Shirley St. Hill attended Girls’ High School in the Bedford–Stuyvesant neighborhood of Brooklyn, a highly regarded, integrated school that attracted girls from throughout Brooklyn. St. Hill earned her Bachelor of Arts from Brooklyn College in 1946, where she won prizes for her debating skills. She was a member of Delta Sigma Theta sorority.

St. Hill met Conrad O. Chisholm in the late 1940s. He had come to the U.S. from Jamaica in 1946 and would later become a private investigator who specialized in negligence-based lawsuits. They married in 1949 in a large West Indian-style wedding.

Shirley Chisholm taught in a nursery school while furthering her education, earning her MA in elementary education from Teachers College at Columbia University in 1952.

From 1953 to 1959, she was director of the Friends Day Nursery in Brownsville, Brooklyn, and of the Hamilton-Madison Child Care Center in lower Manhattan. From 1959 to 1964, she was an educational consultant for the Division of Day Care. She became known as an authority on issues involving early education and child welfare.

Running a day care center got her interested in politics, and during this time she formed the basis of her political career, working as a volunteer for white-dominated political clubs in Brooklyn, and with the Bedford-Stuyvesant Political League and the League of Women Voters. 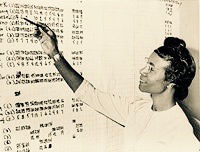 Chisholm was a Democratic member of the New York State Assembly from 1965 to 1968, sitting in the 175th, 176th and 177th New York State Legislatures. Her successes in the legislature included getting unemployment benefits extended to domestic workers. She also sponsored the introduction of a SEEK program (Search for Education, Elevation and Knowledge) to the state, which provided disadvantaged students the chance to enter college while receiving intensive remedial education.

In August 1968, she was elected as the Democratic National Committeewoman from New York State. 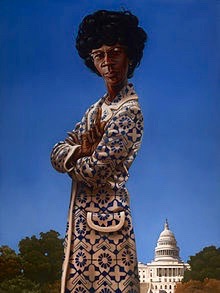 Portrait of Chisholm by Kadir Nelson in the Collection of the U.S. House of Representatives

In 1968 she ran for the U.S. House of Representatives from New York’s 12th congressional district, which as part of a court-mandated reapportionment plan had been significantly redrawn to focus on Bedford-Stuyvesant and was thus expected to result in Brooklyn’s first black member of Congress. (Adam Clayton Powell, Jr. had, in 1945, become the first black member of Congress from New York City as a whole.) As a result of the redrawing, the white incumbent in the former 12th, Representative Edna F. Kelly, sought re-election in a different district. Chisholm announced her candidacy around January 1968 and established some early organizational support. Her campaign slogan was “Unbought and unbossed.” In the June 18, 1968, Democratic primary, Chisholm defeated two other black opponents, State Senator William S. Thompson and labor official Dollie Robertson. In the general election, she staged an upset victory over James L. Farmer, Jr., the former director of the Congress of Racial Equality who was running as a Liberal Party candidate with Republican support, winning by an approximately two-to-one margin. Chisholm thereby became the first black woman elected to Congress.