In a 3M laboratory scientists come to work every day prepared to research information, explore new possibilities to impact the world and propel invention to make life better. 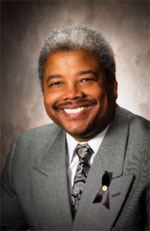 Here’s how one 3M Scientist, Olester Benson, recently described a day in the life of his role as a leader in 3M’s technical community:

“When I was younger, I always wanted to build a future in which I could make a difference. I wanted to be able to connect with people regularly to learn and grow into a leader. I also wanted to work in an environment where freedom to be create and explore would not only be allowed, but encouraged. Never did I think I would be lucky enough to realize all three dreams in one place, but that’s exactly what I have been able to accomplish in my role as a Corporate Scientist at 3M.

Innovation is a way of life at 3M, and with that type of culture comes the expectation that you’ll not only interact with various materials and technologies to find new ways to solve problems, but you’ll do so through connection with others. That’s what makes progress real…constantly communicating and sharing ideas with each other to achieve the best possible solution. Working with such a diverse network of people who are passionate about science and innovation has allowed me to research and develop new technologies that have impacted many different industries, including medical, safety, traffic control, energy, aerospace, home improvement, semiconductor processing, and electronic displays. Can you imagine? I get to work with microscopic prisms that bend light to make the screens of cell phones, laptop computers and LCD TV’s brighter and more colorful!

I’m proud of my work and achievements in these areas, but I’m equally proud of the relationships I’ve been fortunate to build over the years in my role as a scientist, not least of which has been the opportunity to connect with young people like you. You are the future; today’s curiosity will lead to tomorrow’s innovation, so never stop asking the question, “What if?” I’ve been able to build an entire career on those two words, and you can too.”

Dr. Benson is just one of many people who include “science” as part of their everyday job description at 3M.

Here’s a snapshot of what some other 3M Scientists are currently working on: