You are here: Home / Education / Women Who Made History / Remembering the Teacher Zanobia Jefferson by Anthony Westbury 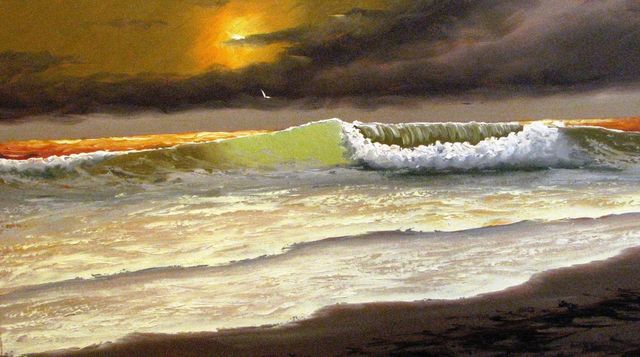 Some of us were lucky enough to have a teacher who changed the direction of our lives. Zanobia Jefferson was that person for budding artist Alfred Hair in 1950’s Fort Pierce. 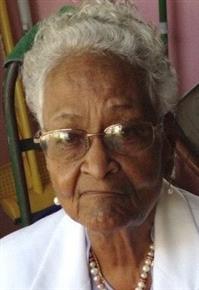 Hair, of course, went on to form the loosely affiliated group of African-American landscape painters that became known as the Highwaymen. Yet it’s doubtful that, without a strong push from Lincoln Park Academy art teacher Zanobia Jefferson, he would ever have become a professional artist.

Jefferson died Saturday at age 89. Alfred Hair died in a barroom brawl in 1970.

Hair’s widow, Doretha Hair Truesdell, recalled Jefferson as “a beautiful, beautiful spirit” who never met a stranger. “She was always the teacher; there was always something you could learn from her,” she said.

“To Alfred, she was the best artist, and she taught him how to be the best you can be. He really loved her. She truly was a beautiful soul,” she said.

In segregated Fort Pierce at the time, being the best he could be was a tall order indeed for a young black man.

“It got to the point that we couldn’t offer him much more at LPA,” she told a reporter in 2003. “They didn’t have the facilities, but I knew Beanie Backus.”

Backus, an established white painter of Florida landscapes, agreed to give Alfred art lessons once he’d determined the young man had talent. Hair learned the basics of painting and composition from Backus, but realized the only way he’d ever make a living out of art was to create it as quickly as possible. So he learned to paint as fast as he could and then passed on his techniques to a group of friends. Together, the group that much later became known as the Highwaymen created thousands of landscapes that were sold out of car trunks all over Florida.

“I sat in the back of the room,” Gibson said, “because I was supposed to be in PE class. She knew I was there, but as long as I didn’t do anything bad, she let me stay. If it wasn’t for her encouragement I wouldn’t be doing what I do today. I just paid attention to everything she taught me.”

An accomplished sculptor, Jefferson taught art at Lincoln Park and later Fort Pierce Central for more than 40 years. She retired in the 1990s, but continued to be deeply involved in the arts on the boards of the Backus Gallery, the St. Lucie County Cultural Affairs Council and the Sunrise Theatre.

Yet Jefferson originally had been a biology major at Fisk University in Tennessee. In 1950, she arrived in Fort Pierce, where she was able to let her artistic side flourish.

Walter T. Shaw of Fort Lauderdale is the producer of “The Unknowns,” an upcoming feature film about the Highwaymen.

“Hearing the news (of Jefferson’s passing) was heartbreak for me,” Shaw said this week. “I got the whole story from her.”

Jefferson’s character will form a large part of the movie, Shaw said, and he chose veteran actress Whoopi Goldberg to play her. “Without Zanobia there would’ve been no movie, no story. She championed it.”

Over the years, I met Zanobia many times, but we only spoke in depth occasionally. She was a quiet, regal figure at art events throughout St. Lucie County who observed the proceedings with a slightly amused air. When I did get her to talk about the Highwaymen she answered my questions (as I’m sure she’d done thousands of times before) but politely steered the conversation back to her late husband Robert’s role as an educator and to other students she remembered with great affection.

They felt the same way about her. To learn more go to the link below: