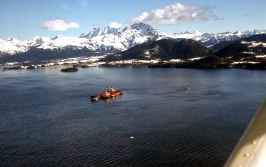 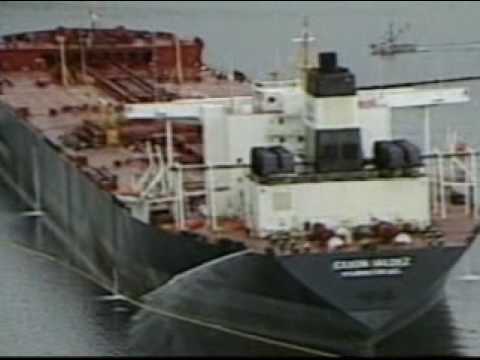 On March 23, 1989 the Exxon Valdez an oil supertanker operated by Exxon left the port of Valdez headed for Long beach, CA with almost 54 million gallons of crude oil on board. Shortly after midnight on March 24, 1989, the supertanker collided with Bligh Reef, a well known navigation hazard, ruptured 8 of its 11 cargo tanks and spilled 11 million gallons of crude oil into the pristine waters of Prince William Sound. The result was catastrophic. Although the spill was radioed in shortly after the collision Exxons response was slow. In fact, there was no recovery effort for three days while Exxon searched for clean up equipment. During that time millions of gallons of oil began to spread down the coast. Days later as the clean up effort began the oil slick was no longer containable. It eventually extended 470 miles to the southwest, contaminated hundreds of miles of coastline.

For more information on the Exxon Valdez Oil Spill go to the Website – Sound Truth and Corporate Myths: The Legacy of the Exxon Valdez Oil Spill at http://www.soundtruth.info/ This website is from Riki Ott, PhD, a marine oil pollution expert and former commercial fisherman in Alaska’s Prince William Sound. She was on the scene before, during, and after the Exxon Valdez oil spill and experienced firsthand the spill’s effects, including environmental devastation, economic losses to the fishing industry, and psychosocial trauma to the close-knit community. For a look at worker health and safety issues during the oil spill cleanup, view the video clip, Worker Safety Exxon Valdez Oil Spill 1989, on YouTube at http://www.youtube.com/watch?v=fgjo-4UnBF0&feature=channel_page . For a detailed federal government review of worker health and safety issues, read the National Institute for Occupational Safety and Health (NIOSH) report, Alaska Oil Spill Health Hazard Evaluation (HETA 89-200 & 89-273-2111), published in May 1991 and available on the NIOSH website at http://www.cdc.gov/niosh/hhe/reports/… . This is clipped from the 2009 NOAA video, Hindsight and Foresight: 20 Years After the Exxon Valdez Spill. 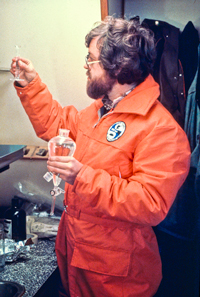 T/V EXXON VALDEZ, Prince William Sound, Alaska, March 24, 1989. Dr. Mattson was an on-scene consultant to the Alaska Departments of Environmental Conservation (ADEC) and Law. He worked with ADEC’s John Janssen and Doug Mertz of the Attorney General’s office, and also recruited several natural resource economists to develop a damage assessment methodology for anticipated litigation. Exxon eventually settled with the State of Alaska and the United States for $1.1 billion. 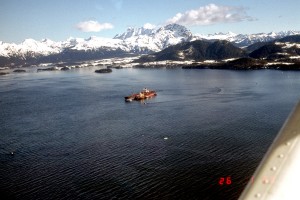