You are here: Home / Education / Featured / Politics / US Politics / Women Who Made History / President Joe Biden

Education, Featured, Politics, US Politics, Women Who Made History 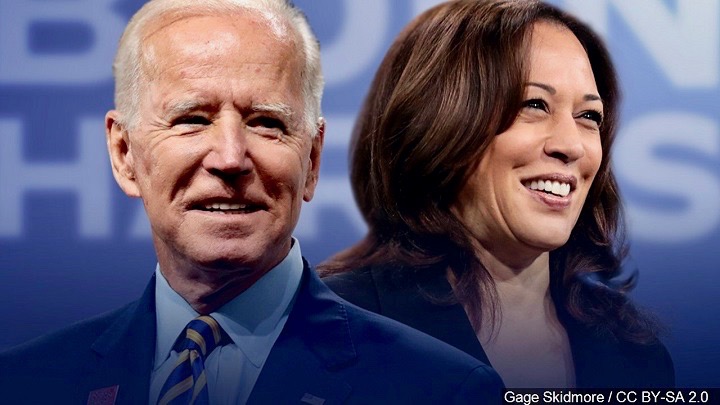 CBS News projects Joe Biden has secured enough electoral votes to become the 46th president of the United States, defeating President Trump and capturing the White House after a bitter campaign that exposed deep divides in the country.

Now the president-elect, Biden took an insurmountable lead in Pennsylvania on Saturday morning, the fifth day of vote-counting after Election Day. His victory in the Keystone States gave him 273 electoral votes from states where a winner has been projected, surpassing the 270 majority needed to win.

“I am honored and humbled by the trust the American people have placed in me and in Vice President-elect Harris,” Biden said. “In the face of unprecedented obstacles, a record number of Americans voted. Proving once again, that democracy beats deep in the heart of America.”

Americans flooded the streets in cities like New York and Washington to celebrate the win, with large crowds gathering in Times Square and near the White House to loudly mark Mr. Trump’s defeat.

Mr. Trump immediately refused to acknowledge the victory, vowing to continue challenging the validity of legally cast ballots in several states. The Trump campaign has launched a flurry of lawsuits in an attempt to delay the counting of votes, but this litigation has thus far been unsuccessful.

Biden’s victory is historic, as his running mate, Kamala Harris, will be the first woman and first Black and Asian-American person to serve as vice president. To read more go to the link below:

Joseph Robinette Biden Jr. (/ˈbaɪdən/ BY-dən; born November 20, 1942) is an American politician. He previously served as the 47th vice president of the United States in the Obama administration from 2009 to 2017. A member of the Democratic Party, he served as United States Senator for Delaware from 1973 to 2009. He is the Democratic presidential nominee for the 2020 election, running against the incumbent, Donald Trump.

Raised in Scranton, Pennsylvania, and New Castle County, Delaware, Biden studied at the University of Delaware before earning his law degree from Syracuse University in 1968. He was elected a New Castle County Councillor in 1970, and became the sixth-youngest senator in American history when he was elected to the U.S. Senate from Delaware in 1972. Biden was a longtime member of the Senate Foreign Relations Committee, and eventually its chairman. He opposed the Gulf War in 1991, but supported expanding the NATO alliance into Eastern Europe and its intervention in the Yugoslav Wars of the 1990s. He supported the resolution authorizing the Iraq War in 2002, but opposed the surge of U.S. troops in 2007. He also chaired the Senate Judiciary Committee from 1987 to 1995, dealing with drug policy, crime prevention, and civil liberties issues; he led the effort to pass the Violent Crime Control and Law Enforcement Act and the Violence Against Women Act, and oversaw six U.S. Supreme Court confirmation hearings, including the contentious hearings for Robert Bork and Clarence Thomas. He ran unsuccessfully for the Democratic presidential nomination in 1988 and again in 2008. To learn more go to the link below: