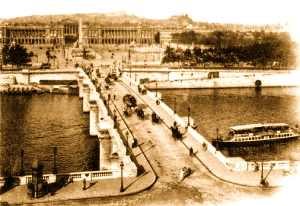 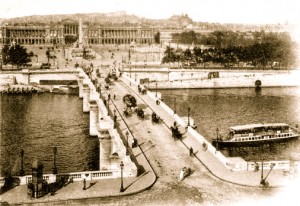 The decision to build a bridge here was taken in 1722 and again during construction of Place Louis XV from 1755. However, construction of Pont Louis XVI only began in 1787, under the direction of its architect, Jean Rodolphe Perronet. At the outbreak of the Revolution, the bridge was still unfinished and was completed in 1791 with stones taken from the Bastille, the demolition of which had begun on July 15th 1789.