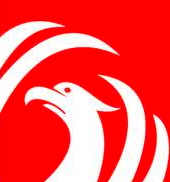 This local event is fun for the whole family. 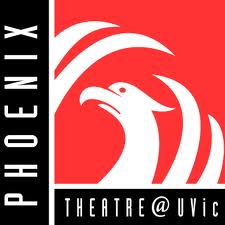 The Phoenix Theatre is a professional theatre company located in Phoenix, Arizona. Started in 1920, by a theatre troupe known as the Phoenix Players, the theatre is among the oldest continually operating theaters west of the Mississippi River.  The theatre is a non-profit corporation and encompasses both the Main Stage productions, the family-oriented Cookie Company, as well as Partners that Heal and numerous youth oriented programs.

The Phoenix Little Theatre was founded by Harry Behn and Male Bartlett Heard in 1922.[1] In 1924, the theatre was located in the Heard Stable at Central and McDowell Roads in downtown Phoenix. In 1928, the theatre applied for its articles of incorporation and by its 8th season boasted 424 members. By 1940, the theatre had close to 1,000 members and remained operational throughout the Second World War. The theatre moved into its current home, within the same complex as the Phoenix Art Museum.  In 1954, the theatre began its Children’s Theatre. In 1985, the ‘Little’ was dropped from the name, leaving it simply the Phoenix Theatre.

Phoenix Theatre is home to a youth-geared company as well as education and outreach programs that include summer camps, the Young Theatregoers program, workshops, seminars, and collaborations with other well-known theater companies. It also provides professional theatre artists as instructors for Arizona State University. Phoenix Theatre hosts a 2nd Draft Series each season to allow for playwrights to host a reading of their new work to be discussed by audiences, a New Works Festival each summer, as well as renting its spaces to various resident dance and performance troupes and out of town companies. 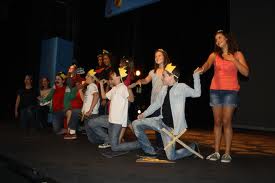 Alan Prewitt began the Cookie Company in 1980 to bring professional-level theatre to children and their families. CC is the first theatre in the Valley to consistently perform original works, some of them performed in Spanish. It was the first children’s theatre to provide shadow-signed and audio reverse interrupted performances for deaf children. The Quiltmaker’s Gift by Alan Prewitt is CC’s yearly holiday performance. CC serves more than 35,000 cookies a year and more than 500 gallons of milk. That is approximately 980,000 cookies and 14,000 gallons of milk in Cookie Company’s 28 years of performances. The Youth Theatregoers is CC’s field-trip-to-the-theatre program which has continued for almost 25 years.

Each year, Phoenix Theatre hosts events that raise funds to benefit the operation of the mainstage. For the past 8 years, one major fundraiser has been Phoenix Theatre Follies, a gala event of performance and fun, with community leaders, donors, sponsors, and professional actors joining together on the stage to create a memorable production of an original script. For the past ten years, PT has sponsored a luncheon at which selected Valley women and corporations who have made a special contribution to children’s charities or in the arts are singled out. This luncheon honors four outstanding women in community leadership, business leadership, lifetime achievement, and outstanding achievement. Proceeds from the event go keep the Cookie Company producing its award-winning performances. In PT’s current 09/10 season, these two events will be combined into one event, Phoenix Live which will occur in February and raise funds for the maintenance and upkeep of Phoenix Theatre. 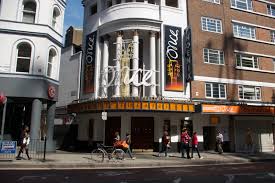 Phoenix Theatre has had more than a few stars share its stage over the years. From playwrights and authors, to television and film actors, PT has been home to those who went on to make a name for themselves as well as those who stopped by with their reputations preceding them.

Claire Booth Luce, writer of such hits as The Women spent time at PLT. And Andy Devine, Rosemary DeCamp, and Susan Flanneryall went on to have successful television careers after spending some time on the PT stage. Nick Nolte called PLT home on several occasions. He appeared in 1963 in Squirks and then played Prince Charming in Cinderella. He also starred in The Golden Fleecing in 1964 and worked as Starbuck for Actors Inner Circle in The Rainmaker. L. Ron Hubbard, began his teaching of Scientology on PLT’s Mainstage in the 1950’s. Steven Spielberg screened his first film, Firelight, at the theatre in 1964.