You are here: Home / Collection / Pennsylvania / People of the Underground Railroad

People of the Underground Railroad 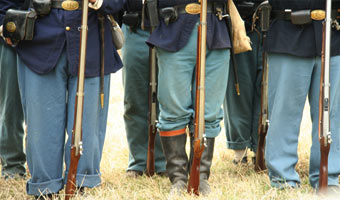 The Underground Railroad was neither hewn of lumber nor wrought of steel; people made up the ties and rails of liberty, – people who risked their lives, property, and freedom to defeat the inhuman institution of slavery. The following are just a few of the many individuals who worked tirelessly as conductors and stationmasters on the Underground Railroad in Lancaster County. They guided, protected, and cleverly concealed escaping slaves under featherbeds and in wagons, storage sheds, secret passages, and variety of other hiding places.

Daniel and Hannah gibbons, a devout Quaker couple, played a pivotal role in the Underground Railroad from their farm near the village of Bird-in-Hand, in eastern Lancaster County. For over 50 years, Daniel Gibbons aided as many as 1,000 fugitives by providing them with shelter and new identities. The Gibbonses kept detailed documentation of their work until the enactment of the Fugitive Slave Law of 1850. As a result of this law, the Gibbonses destroyed their records.

William Parker (born 1822)
William Parker was an important figure in the history of the Underground Railroad in Lancaster County. Born a slave in Anne Arundel County, Maryland, he escaped slavery as a young man and used his intellect and imposing presence to defend the freedom of enslaved Africans. He settled in Christiana and used his home as a safehouse on the Underground Railroad. Like his longtime friend Frederick Douglass, Parker spoke passionately against slavery and created a self-defense group to protect freed men and women from being kidnapped by Southern bounty hunters or the Gap Gang, a notorious group of slave catchers who kidnapped escaped slaves and returned them for a reward.

Parker was a prime figure in the Christiana resistance, because he refused to turn over several escaped slaves to a Maryland slave owner. The melee is regarded as one of the first battles of the Civil War, because the incident was an overt act of civil disobedience against the Fugitive Slave Law of 1850.Parker fled the Christiana area, but continued to be a stalwart defender of freedom.  He later moved to Canada, where he settled in North Buxton, Ontario, and a community of runaway slaves. He spent his remaining years there, writing and speaking.

William Whipper, a cousin and close friend of Stephen Smith, was born on February 22, 1804 in Little Britain Township, Lancaster County.  Little is known about his youth, but by 1828 he was residing in Philadelphia and was already known for his role as an intellectual within the free black community.   In addition to being the editor of the National Reformer, the first African-American magazine, Whipper was among the founders of the Philadelphia Library for Colored Persons.

In 1847, Whipper bought a home on Front Street in Columbia, and accumulated several business holdings in Lancaster County.  Upon Stephen Smiths departure from Columbia, Whipper became a leading African-American in the area and became a stationmaster along the pathway to freedom, aiding hundreds of fugitive slaves.