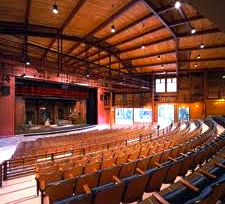 Peninsula Players is a summer theater program located in Fish Creek, Wisconsin. Founded in 1935 by Richard and Caroline Fisher, it is known as “America’s Oldest Professional Resident Summer Theatre.” 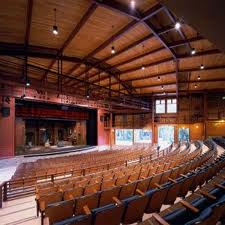 The Players was founded in 1935 by the brother and sister team of Caroline and Richard Fisher in a garden behind the Bonnie Brook motel in Fish Creek, Wisconsin. In 1937 the Fishers moved the newly-founded theater to the recently vacated 22-acre (89,000 m2) Wildwood Boys Camp, along the shores of Green Bay between the towns of Egg Harbor and Fish Creek. There they built a barn-like proscenium stage house for an audience sitting under the stars. This is the present site of the theater. 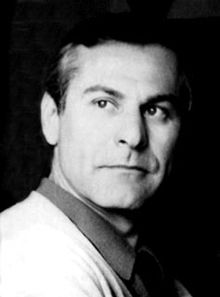 The original Peninsula Players stage was built with the help of Samuel Wanamaker, an American film director and actor who is credited as the person most responsible for the modern recreation of Shakespeare’s Globe Theatre in London.

In 1946 a canvas tent was erected over the audience to provide some shelter from inclement weather, and in 1957 a new audience pavilion with open sides was built as a permanent structure. In 1960, the Fishers sold the theater at public auction, where it was purchased by Kenneth Carroad, a lawyer from New York City. Carroad asked long-time “Player,” James B. McKenzie, to oversee business operations as producer. McKenzie accepted and in 1962 assisted in forming the Peninsula Players Theatre Foundation, Inc., a non-profit organization created to operate the theater. In 1978 Carroad sold the property to the McKenzies, who maintained ownership until 1993, when the Peninsula Players Theatre Foundation purchased the property. McKenzie remained executive producer until his death in 2001. With Todd Schmidt as executive producer from 2001 through 2007, there were more improvements, such as a new theatre and stagehouse, improved actor housing, new public restroom facilities, expanded and upgraded rehearsal and storage areas, a computerized box office, and new gardens. In the fall of 2005 the Players ended their season early and demolition and construction began on a new stage house. The new stage house, which opened in the summer of 2006, has a full fly tower, a grass roof, cushioned seats, and solid walls that can be raised and lowered based on weather conditions. The new theater also has a radiant heated floor that allows performances well into October.

Actors at Peninsula Players are members of Actors’ Equity, the union of professional actors and stage managers.