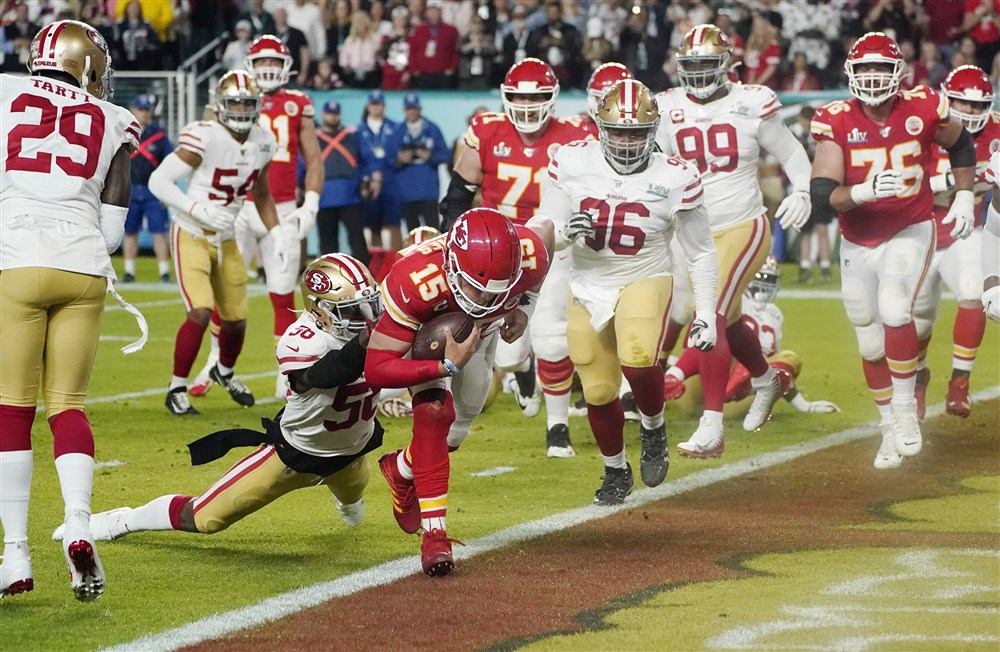 Chiefs quarterback Patrick Mahomes celebrates after throwing a touchdown in the fourth quarter of the Super Bowl on Sunday. Mahomes was the game’s MVP.

Patrick Mahomes, the Kansas City Chiefs’ otherworldly quarterback, overcame several mistakes to lead the Chiefs to a 31-20 comeback win over the San Francisco 49ers in the 54th Super Bowl.

It was the 222nd career victory for the Chiefs’ Andy Reid, who before Sunday had been the coach with the most wins without a championship in NFL history. The Chiefs hadn’t been back to the title game since they won the fourth Super Bowl 50 years ago, in January 1970.

Mahomes threw two costly interceptions and was off-target on numerous other pass attempts. But he exploited his astonishing athleticism to avoid the pass rush of the 49ers’ defense, which was ranked No. 1 in the league, to pick up 286 yards with two touchdowns on 26-of-42 passing at Hard Rock Stadium in Miami. To read more go to the link below: