You are here: Home / Democracy Now! / Media / Orwellian or a Blunt Tool?

Orwellian or a Blunt Tool? 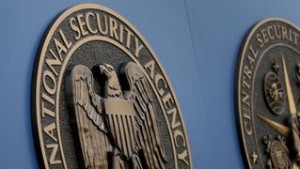 A federal judge has upheld the National Security Agency’s bulk collection of U.S. telephone data just days after a separate court reached an opposite opinion. On Friday, District Judge William Pauley dismissed a lawsuit from the American Civil Liberties Union challenging the NSA’s mass collection of U.S. phone records. Pauley said telephone metadata could have potentially prevented the 9/11 attacks by alerting the government to hijackers who made phone calls from the United States. The issue will likely head to the Supreme Court — Pauley’s ruling comes less than two weeks after another federal judge questioned the program’s constitutionality and described the bulk collection as “almost Orwellian.” We’re joined by two guests: Jameel Jaffer, ACLU deputy legal director and director of its Center for Democracy; and Glenn Greenwald, the journalist who first broke the story about Edward Snowden’s NSA leaks.

AMY GOODMAN: We turn now to one of the biggest stories of 2013: the National Security Agency and its massive domestic and international surveillance apparatus. The German publication Der Spiegel has revealed new details about a secretive hacking unit inside the NSA called the Office of Tailored Access Operations. The unit was created in 1997 to hack into global communications traffic.

The Der Spiegel report includes a number of new details about the NSA’s hacking abilities. Hackers inside the secretive unit have developed a way to break into computers running Microsoft Windows by gaining passive access to machines when users report program crashes to Microsoft. With help from the CIA andFBI, the NSA has the ability to intercept computers and other electronic accessories purchased online in order to secretly insert spyware and components that can provide backdoor access for the intelligence agencies. In one secret operation called White Tamale, the NSA hacked into the communications of Mexico’s Secretariat of Public Security.

These revelations were published just two days after a federal judge dismissed a lawsuit filed by the American Civil Liberties Union challenging the NSA’s mass collection of U.S. phone records. U.S. District Judge William Pauley wrote, quote, “This blunt tool only works because it collects everything. Technology allowed al Qaeda to operate decentralized and plot international terrorist attacks remotely. The bulk telephony metadata collection program represents the government’s counter-punch,” he wrote. The issue will likely head to the Supreme Court. Earlier this month, another federal judge questioned the program’s constitutionality and described it as “almost Orwellian.”

We’re joined today by two guests. Here in New York, Jameel Jaffer, deputy legal director of the ACLU and director of the ACLU’s Center for Democracy. And joining us from Brazil is Glenn Greenwald, the journalist who first broke the story about Edward Snowden. He was previously a columnist at The Guardian newspaper and is creating a new media venture with Laura Poitras, Jeremy Scahill and eBay founder Pierre Omidyar.

We’re going to begin right here with Jameel Jaffer. Jameel, talk about the judge’s ruling. What exactly did he rule?

JAMEEL JAFFER: Sure. Well, it’s a ruling that is limited to the bulk surveillance of metadata, telephony metadata. So, as you know, there’s a program that the NSA has in place now—has had in place now for seven years, at least—that collects information about every single phone call made or received on a U.S. telephone network. So that means every time you pick up the phone, the NSA is making a note, in some sense, of who you called, how long you spoke to them, when you called them, every single time you pick up the phone. And the NSA is doing that with respect to every single phone call made in the United States.