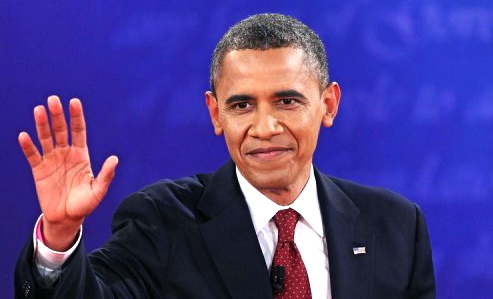 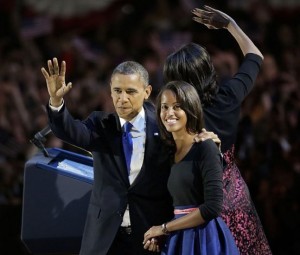 A demographic tidal wave became a Democratic tidal wave as President Obama won a tight but decisive re-election victory Tuesday with the help of record-breaking support from Hispanic voters, massive turnout from African Americans and continuing enthusiasm from young Americans.

Although Republican nominee Mitt Romney won a larger share of the white vote than any presidential candidate since Ronald Reagan scored a landslide re-election victory in 1984, the former Massachusetts governor ended up a loser at the polls because of the racial, ethnic and generational changes that have altered the U.S. electoral landscape.

The portion of nonwhite voters in the electorate has tripled over the last four decades to 27 percent on Tuesday. The Democratic incumbent led among African Americans by 93 percent to 7 percent – the best performance by a Democrat since Lyndon Johnson in 1964.

Meanwhile, Latino voters, energized by tough Republican rhetoric on immigration, voted Democratic by 69 percent to 30 percent, tipping the balance of power in a string of states including Nevada, New Mexico and Iowa.

“Gov. Romney’s shift to the right on the issue of immigration during the GOP primary season made it impossible for him to equal the number of Latino votes that George W. Bush received in 2000 and 2004,” said Aaron Kall, director of debate at the University of Michigan. “Efforts by numerous states to curtail early voting and require photo identification seem to have motivated these groups to record turnout numbers.”

For the first time in American history, Latinos made up 10 percent of the electorate, up from 9 percent in 2008. The overwhelming Hispanic support – and strong turnout – helped Obama win New Mexico and Iowa, and kept the race close in states such as Florida, Colorado and Virginia.