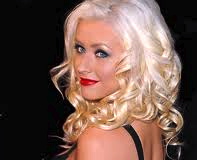 Christina Aguilera – singer (Born: 12/18/1980) Birthplace: Staten Island, N.Y.  Aguilera knew from a young age that she wanted to be a singer. She reportedly memorized all the lyrics to the songs from The Sound of Music by age 5. She appeared on Star Search when she was 9. (She didn’t win.) Like Britney Spears and ‘N Sync‘s Justin Timberlake and JC Chasez, Aguilera got her big break on The New Mickey Mouse Club. Her two-year stint as a Mouseketeer, from age 12 to 14, caught the attention of record executives who were impressed with her vocal range. By age 15 she had a deal with RCA. During negotiations, Aguilera auditioned to sing on the Mulan soundtrack for Disney. She landed the job singing “Reflection,” the lead single on the 1998 soundtrack. She released her self-titled debut album in 1999, and the single “Genie in a Bottle” climbed to No. 1 on the pop charts. She won Best New Artist honors at the 1999 Grammy Awards (held in Feb. 2000).

Baez, Joan (bīpstr;ez, bä’–), 1941–, American folk singer and political activist, b. New York City. Baez began singing traditional folk ballads, blues, and spirituals in Cambridge, Mass., coffeehouses in a clear soprano voice with a three-octave range. She made folk music, which had been largely ignored, popular. Baez’s records were the first folk albums to become best-sellers. Her later albums include several of her own compositions, e.g., “Song for David” and “Blessed Are.” Among the first performers to urge social protest, she sang and marched for civil and student rights and peace. Since the late 1960s she has devoted time to her school for nonviolence in California and has performed at concerts supporting a variety of humanitarian causes.

Basquiat, Jean-Michel (bäs”kē-ät’), 1960–88, American painter, b. Brooklyn, N.Y. Born into a middle-class Haitian and Puerto Rican family, he was a 1980s art star whose rise and fall were rapid, dramatic, and emblematic of the era. A rebel, high-school dropout, and part of the downtown New York scene, he was influenced by the violence of street life, the variety of African-American life, multiculturalism, and the emerging hip-hop culture. He was also strongly influenced by the life and work of Andy Warhol, who became his mentor, and by the work of such artists as Picasso, Matisse, and Cy Twombly. Basquiat started as a graffiti artist, making images and writing slogans on the walls of buildings and on painted T-shirts, found-object assemblages, and paintings. In the early 1980s he was “discovered” by the art establishment, and his vigorously spontaneous works in paint, collage, and crayon on unprimed canvas, featuring crude, angry, and rawly powerful figures and graffitilike written text, were much sought after by collectors. He died of a heroin overdose at the age of 27. By the early years of the 21st cent. he was hailed as one of the finest American neoexpessionists of his era.

Linda Chavez, conservative commentator, withdrew her name as President Bush’s nominee for secretary of labor in January, after it was revealed that she had sheltered and provided financial assistance to an illegal immigrant in the early 1990s. She was replaced by Elaine Chao, a distinguished fellow at the Heritage Foundation, who won easy confirmation.

Dolores Del Rio (Lolita Dolores Martinez Asunsolo Lopez Negrette) actress (Born: 8/3/1905-Died: 4/11/1983) Birthplace: Durango, Mexico.  Screen actress who appeared in over 40 U.S.- and Mexican-produced films from the ’20s through the ’70s. Del Rio, described as “one of the most beautiful women to grace the American screen,” starred in silent films such as The Loves of Carmen (1927) and Ramona (1928), before successfully making the transition to talkies such as Bird of Paradise (1932) andFlying Down to Rio (1933). Despite continued success in Hollywood, Del Rio apparently grew tired of somewhat stereotypical roles and began making films in her native Mexico, enjoying great financial and critical success for many years.

Andy Garcia (Andres Arturo Garcia-Menendez) actor Born: 4/12/1956 Birthplace: Havana, Cuba.  Cuban-American actor whose smoldering good looks have helped establish him as a favorite Hollywood leading man, usually in roles that show him on one side of the law or another. His breakthrough role came as the cool-headed rookie-policeman-turned-fed in The Untouchables (1987), and he later was nominated for a Best Supporting Actor Oscar for being the one redeeming thing in The Godfather: Part III (1990). He is also versatile, playing the chain-smoking reporter in Kenneth Branagh’s Dead Again (1991), the career criminal in Things to Do in Denver when You’re Dead (1995), alcoholic Meg Ryan’s loyal husband in When a Man Loves a Woman (1994), and Just the Ticket (1999).

Antonia Coello Novello physician and former U.S. surgeon general, Born: 8/23/1944, Birthplace: Fajardo, Puerto Rico.  Novello served as surgeon general under President George H. W. Bush from 1990 to 1993. She focused on publicizing the dangers of smoking and teenage drinking, expanding AIDS education, and improving health care for women, minorities, and children.  Novello was born in Fajardo, Puerto Rico with a chronic colon condition that caused her severe pain until it was corrected surgically when she was 18 years old. The experience inspired her to pursue a career in medicine. She earned a BS (1965) and an MD from the University of Puerto Rico (1970). Novello and her husband, Joseph Novello, a U.S. Army flight surgeon, moved to Ann Arbor, Michigan. She interned, did her residency, and completed a fellowship at the University of Michigan Medical Center, specializing in pediatric nephrology.

The couple then headed to Washington DC, where Novello fellowed at Georgetown University Hospital from 1974 to 1975. She took a position with the National Institutes of Health in 1978, eventually becoming deputy director of the National Institute of Child Health and Human Development. She received a master’s degree in public health from Johns Hopkins University in 1982.  In 1993, she left her post as surgeon general and went to work for the United Nations Children’s Fund (UNICEF).