You are here: Home / Democracy Now! / Media / Noam Chomsky on the Legacy of Ariel Sharon

Noam Chomsky on the Legacy of Ariel Sharon

Noam Chomsky on the Legacy of Ariel Sharon: Not Speaking Ill of the Dead “Imposes a Vow of Silence” 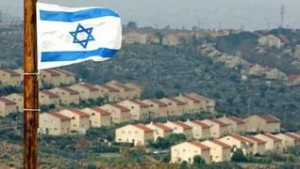 Former Israeli Prime Minister Ariel Sharon died Saturday at the age of 85 after eight years in a coma. Sharon was one of the most dominant political figures in Israel’s history, involved in each of Israel’s major wars dating back to its founding in 1948. Among Palestinians, Sharon was one of the most reviled political figures in the history of the Israeli-Palestinian conflict. He is seen as father of the settlement movement and an architect of the Israeli invasion of Lebanon that killed a reported 20,000 Palestinian and Lebanese. We discuss Sharon’s legacy with three guests: Noam Chomsky, world-renowned political dissident, linguist, author and Institute Professor Emeritus at Massachusetts Institute of Technology; Rashid Khalidi, Edward Said Professor of Arab Studies at Columbia University; and Avi Shlaim, Emeritus Professor of International Relations at Oxford University, widely regarded as one of the world’s leading scholars on the Israeli-Arab conflict. “There is a convention that you’re not supposed to speak ill of the recently dead, which unfortunately imposes a kind of vow of silence, because there is nothing good to say,” Chomsky says. “He was a brutal killer; he had one fixed idea in mind which drove him all his life: a greater Israel, as powerful as possible, as few Palestinians as possible. … He doubtless showed courage and commitment to pursuing this ideal, which is an ugly and horrific one.”

AMY GOODMAN: We begin in Israel, where a state funeral was held today in front of the Knesset, the Israeli parliament, for former Prime Minister Ariel Sharon. He died Saturday after eight years in a coma. He was 85 years old. He’ll be buried in a state funeral today at his home in southern Israel.

The U.S. was among eight countries—18 countries to send delegations to attend Sharon’s funeral, along with Middle East international envoy Tony Blair and the Russian and German foreign ministers. At a state memorial in Jerusalem, Vice President Joe Biden remembered Sharon as a controversial, but bold military leader and statesman.

VICE PRESIDENT JOE BIDEN: When he told 10,000 Israelis to leave their homes in Gaza in order, from his perspective, to strengthen Israel, I can’t think of a much more controversial—as a student of the Jewish state, I can’t think of a much more difficult and controversial decision been made. But he believed it, and he did it. The security of his people was always Arik’s unwavering mission, a non-breakable commitment to the future of Jews, whether 30 years or 300 years from now.

AMY GOODMAN: That was Vice President Joe Biden speaking during Ariel Sharon’s memorial. Thousands of Israelis came to pay their respects as his coffin lay in state outside the parliament building in Jerusalem. Ministers held a minute’s silence at Sunday’s Cabinet meeting to remember their former leader. This is Israeli Prime Minister Benjamin Netanyahu.

PRIME MINISTER BENJAMIN NETANYAHU:[translated] In all of his latest roles as minister of defense, as minister of housing, minister of infrastructures, minister of foreign affairs, Arik has contributed to the state of Israel and, as much as he could, to the security of Israel, and that’s what he did as Israel’s prime minister. I believe he represents a generation of Jewish leaders who rose from our people with the resumption of our independence. He was tied to the land. He knew the need to protect the land, and he understood that, above all that, our independence is our ability to protect ourselves by ourselves. I believe he will be remembered as one of the prominent leaders and one of the bravest commanders in the heart of Israel forever.

AMY GOODMAN: Ariel Sharon has been one of the most dominant political figures in Israel’s history, involved in each of Israel’s major wars dating back to its founding in 1948. As prime minister, he oversaw Israel’s disengagement from the Gaza Strip. The Gaza withdrawal caused a serious rift in Sharon’s Likud Party, which led to his departure. He formed a new party, Kadima, which maintained the Gaza disengagement while expanding Israeli control over the major settlement blocks in the occupied West Bank.

Among Palestinians, Sharon was one of the most reviled political figures in the history of the Israel-Palestine conflict. He’s seen as father of the settlement movement, an architect of the Israeli invasion of Lebanon, which killed a reported 20,000 Palestinians and Lebanese. An Israeli commission of inquiry found Sharon had indirect responsibility for the massacre of over a thousand Palestinian refugees at the Sabra and Shatila camps in Lebanon in 1982.