You are here: Home / Education / Sports / Niners roll the dice on Moss

Niners roll the dice on Moss 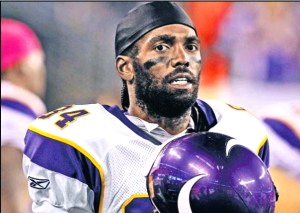 Randy Moss is getting another chance in the NFL. 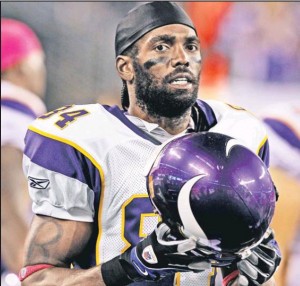 COMEBACK KID: Randy Moss, who last played in the NFL in 2010 with the Patriots, Vikings and Titans, signed a one-year deal yesterday with the 49ers.

Moss is back after reaching a one-year contract with the 49ers, announced by the team. ESPN first reported the move a day before the start of the free agency period.  Moss will fill a big void for the reigning NFC West champions.

The 35-year-old Moss worked out with the 49ers earlier in the day — and former NFL quarterback and current coach Jim Harbaugh participated.

Moss, who worked out last Tuesday with the Saints, spent a year out of football and last played for New England, Minnesota and Tennessee during a rocky 2010 season.

The 49ers can sure use him. San Francisco’s receivers managed just one catch for 3 yards in a 20-17 loss in the NFC championship game to the eventual Super Bowl champion Giants at Candlestick Park on Jan. 22.