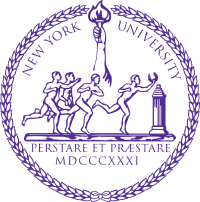 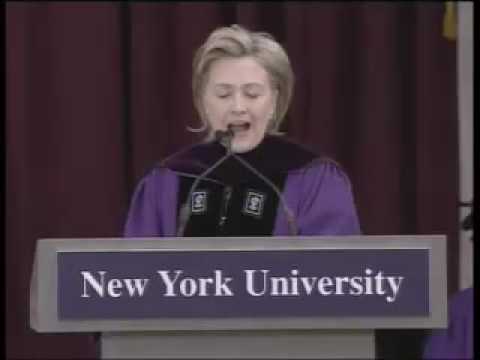 New York University (NYU) is a private, nonsectarian research university based in New York City. NYU’s main campus is situated in the neighborhood of Greenwich Village in Manhattan. Founded in 1831, NYU is one of the largest private, nonprofit institutions of higher education in the United States.

NYU is organized into 18 schools, colleges, and institutes, located in six centers throughout Manhattan and Downtown Brooklyn, as well as more than a dozen other sites across the world, with plans for further expansion. With approximately 12,500 residents, NYU has the seventh-largest university housing system in the U.S. as of 2007, and one of the largest among private schools. Some of the first fraternities in the country were formed at NYU.

NYU’s sports teams are called the Violets, the colors being the trademarked hue “NYU Violet”, and white. The school mascot is modeled after a bobcat. Almost all sports teams at NYU participate in the NCAA’s Division III and the University Athletic Association. While NYU has had All-American football players, it has not had a varsity football team since the 1960s.

Albert Gallatin, Secretary of Treasury under Thomas Jefferson and James Madison, declared his intention to establish “in this immense and fast-growing city … a system of rational and practical education fitting for all and graciously opened to all.” A three-day long “literary and scientific convention” held in City Hall in 1830 and attended by over 100 delegates debated the terms of a plan for a new university. These New Yorkers believed the city needed a university designed for young men who would be admitted based on merit, not birthright, status or social class. On April 18, 1831, an institution was established, with the support of a group of prominent New York City residents from the city’s landed class of merchants, bankers, and traders.

Albert Gallatin was elected as the institution’s first president. On April 21, 1831, the new institution received its charter and was incorporated as the University of the City of New York by the New York State Legislature; older documents often refer to it by that name. The university has been popularly known as New York University since its beginning and was officially renamed New York University in 1896. In 1832, NYU held its first classes in rented rooms of four-story Clinton Hall, situated near City Hall. In 1835, the School of Law, NYU’s first professional school, was established. Although the impetus to found a new school was partly a reaction by evangelical Presbyterians to what they perceived as the Episcopalianism of Columbia College, NYU was created non-denominational, unlike many American colonial colleges at the time.

Whereas NYU had its Washington Square campus since its founding, the university purchased a campus at University Heights in the Bronx because of overcrowding on the old campus. NYU also had a desire to follow New York City’s development further uptown. NYU’s move to the Bronx occurred in 1894, spearheaded by the efforts of Chancellor Henry Mitchell MacCracken. The University Heights campus was far more spacious than its predecessor was. As a result, most of the university’s operations along with the undergraduate College of Arts and Science and School of Engineering were housed there. NYU’s administrative operations were moved to the new campus, but the graduate schools of the university remained at Washington Square. In 1914, Washington Square College was founded as the downtown undergraduate college of NYU. In 1935, NYU opened the “Nassau College-Hofstra Memorial of New York University at Hempstead, Long Island”. This extension would later become a fully independent Hofstra University.

In the late 1960s and early 1970s, financial crisis gripped the New York City government and the troubles spread to the city’s institutions, including NYU. Feeling the pressures of imminent bankruptcy, NYU President James McNaughton Hester negotiated the sale of the University Heights campus to the City University of New York, which occurred in 1973. After the sale of the Bronx campus, University College merged with Washington Square College. In the 1980s, under the leadership of President John Brademas, NYU launched a billion-dollar campaign that was spent almost entirely on updating facilities. The campaign was set to complete in 15 years, but ended up being completed in 10.[29] In 2003 President John Sexton launched a 2.5-billion dollar campaign for funds to be spent especially on faculty and financial aid resources.

The Silver Center circa 1900

NYU operates theaters and performance facilities that are often used by the university’s music conservatory and Tisch School of the Arts. External productions are also occasionally held in NYU’s facilities. The largest performance accommodations at NYU are the Skirball Center for Performing Arts (850 seats) at 566 LaGuardia Place, just south of Washington Square South, and the Eisner-Lubin Auditorium (560 seats) in the Kimmel Center. Recently, the Skirball Center hosted important speeches on foreign policy by John Kerry and Al Gore as well as the recording of the third season finale of The Apprentice. The Skirball Center is the largest performing arts facility south of 42nd Street.