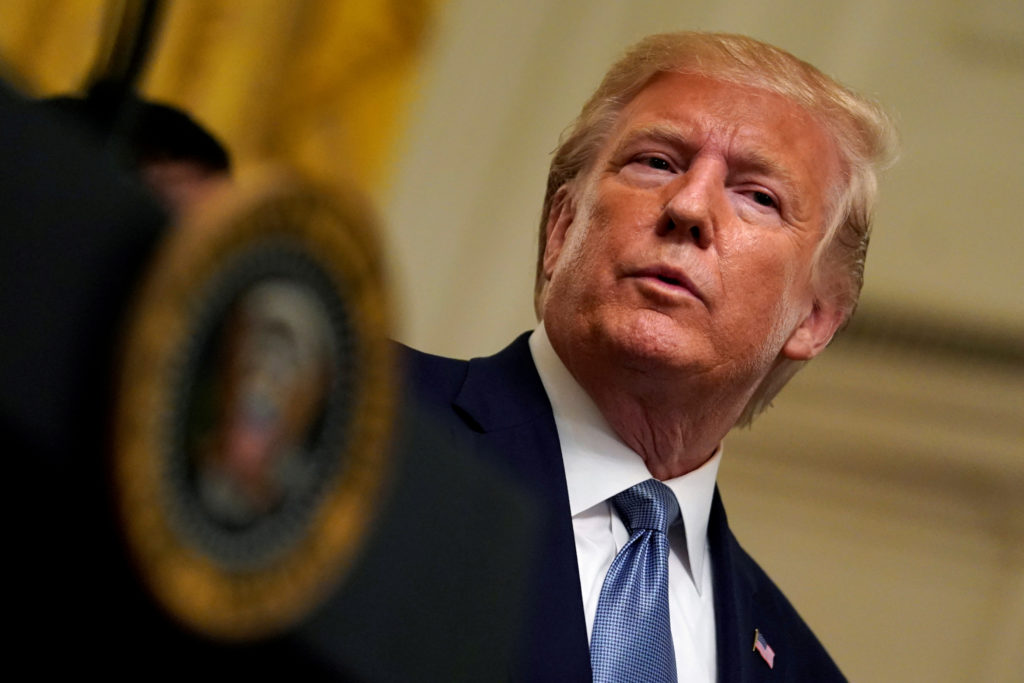 The impeachment case against President Donald Trump will move to the Senate on Wednesday when the House votes to send the two articles and lawmakers carry the documents across the Capitol to the other chamber. House Intelligence Chairman Adam Schiff of California will lead a team of seven managers who will present the impeachment case against Trump in the Senate, Speaker Nancy Pelosi said Wednesday. Others named by Pelosi are Judiciary Chairman Jerrold Nadler of New York, House Administration Chairwoman Zoe Lofgren of California, House Democratic Caucus Chairman Hakeem Jeffries of New York, and Representatives Val Demings of Florida, Sylvia Garcia of Texas and Jason Crow of Colorado. “These seven members have accepted this serious responsibility,” said Pelosi. Schiff said the weeks-long delay in sending the impeachment articles to the House “has given us the ability of showing the American people the necessity of having a fair trial.” Nadler noted that some people suggest letting the November election determine whether Trump should stay in office. “He’s trying to cheat in that election,” Nadler said, adding that the impeachment is an effort to stop the president “from rigging the next election.” Trump responded quickly on Twitter: “Here we go again, another Con Job by the Do Nothing Democrats. All of this work was supposed to be done by the House, not the Senate!” House Speaker Nancy Pelosi will announce Democrats’ trial managers at a news conference at 10 a.m. Washington time. Later, the House will vote to send the impeachment articles to the Senate, in a resolution that will also approve Pelosi’s choice of managers. After the floor vote, Pelosi and others will participate in a signing ceremony, followed by a ritual in which the House prosecutors will carry the two impeachment articles to the Senate. Chief Justice John Roberts may swear the senators in later this week, Majority Leader Mitch McConnell said, and the trial is expected to begin next week. — Billy House. To read more go to the link below: