You are here: Home / Education / Politics / US Politics / Mueller Report: Team Couldn’t Rule Out Obstruction … Or Firmly Establish It 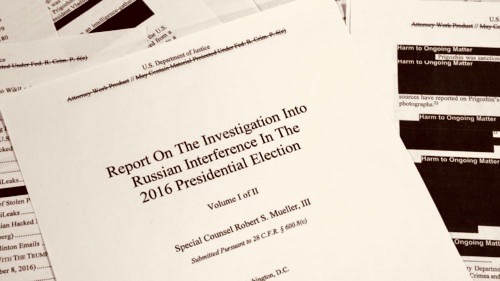 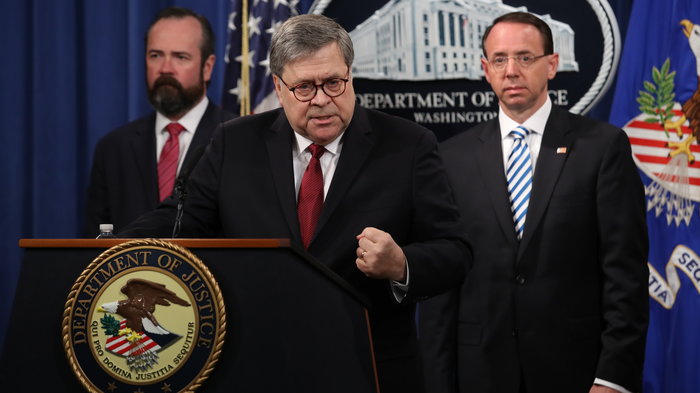 Special counsel Robert Mueller’s doorstop report about Russia’s interference in the 2016 presidential election thumped to Earth on Thursday following an explanation by the attorney general as to why President Trump isn’t facing criminal charges.

The 448-page document, released after a nearly two-year long inquiry, says Mueller’s investigation did not establish the Trump campaign “conspired or coordinated” with the Russian interference effort, which was described as “sweeping and systematic.”

But it does contain dramatic revelations of happenings inside the Oval Office, including an account quoting the president worrying the investigation could spell “the end of my presidency. I’m f***ed.” And it cites instances of Trump aides stopping his attempts to impede the investigation.

Mueller detailed 10 “episodes” involving actions by Trump that might have constituted obstruction of justice, Attorney General William Barr said — but the Justice Department has concluded they did not amount violations of the law.

Barr said he is satisfied that Trump had “non-corrupt motives,” prompting the attorney general to decide not to prosecute the president for obstruction.

In the report, investigators wrote:

The Mueller report says the case was complicated because the president has some inherent authority and because “unlike cases in which a subject engages in obstruction of justice to cover up a crime, the evidence we obtained did not establish that the president was involved in an underlying crime related to Russian election interference.”

The report observes two phases of Trump’s actions that reflect “a possible shift in the president’s motives.” Things may have changed after the president became aware that his own conduct was under investigation. To read more go to the link below: