You are here: Home / Family Tree / Who Do You Think You Are / Martha Stewart, Margaret Cho and Sanjay Gupta 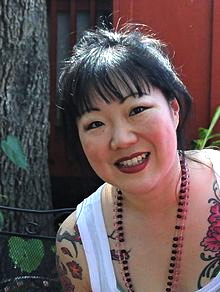 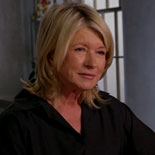 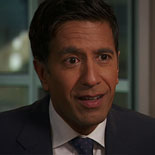 In 2011, Gupta has reported from earthquake- and tsunami-ravaged Japan, adding clarity and context to the human impact and radiation concerns. In 2010, Gupta reported on the devastating earthquake in Haiti, for which he was awarded two Emmy®s. His distinctive reporting in 2010 included live coverage on the unprecedented flooding in Pakistan.

Based in Atlanta, Gupta joined CNN in the summer of 2001. He reported from New York following the attacks on the U.S. on Sept. 11, 2001. In 2003, he embedded with the U.S. Navy’s “Devil Docs” medical unit, reporting from Iraq and Kuwait as the unit traveled to Baghdad. He provided live coverage of the first operation performed during the war, and performed life-saving brain surgery five times himself in a desert operating room.

Gupta contributed to the network’s 2010 Peabody Award-winning coverage of the oil disaster in the Gulf of Mexico. In 2006, Gupta contributed to CNN’s Peabody Award-winning coverage of Hurricane Katrina, revealing that official reports that Charity Hospital in New Orleans had been evacuated were incorrect. His “Charity Hospital” coverage for Anderson Cooper 360° resulted in his 2006 News & Documentary Emmy® for Outstanding Feature Story. In 2004, Gupta was sent to Sri Lanka to cover the tsunami disaster that took more than 155,000 lives in Southeast Asia, contributing to the 2005 Alfred I. DuPont-Columbia Award for CNN.

Gupta’s passion for inspiring Americans to lead healthier, more active lives led him to launch “Fit Nation,” CNN’s multi-platform anti-obesity initiative. In 2011, “Fit Nation” follows the progress of Gupta and six CNN viewers as they inspire each other while training for a triathlon.

In addition to his work for CNN, Gupta is a member of the staff and faculty at the Emory University School of Medicine. He is associate chief of neurosurgery at Grady Memorial Hospital and regularly performs surgery at Emory University and Grady hospitals. He holds memberships in the American Association of Neurological Surgeons, Congress of Neurological Surgeons, and the Council on Foreign Relations. He serves as a diplomat of the American Board of Neurosurgery, is a certified medical investigator, and is a board member of the Lance Armstrong LiveStrong Foundation.

Before joining CNN, Gupta completed separate neurosurgical fellowships at the Semmes-Murphey Clinic in Tennessee, and the University of Michigan Medical Center. In 1997, he was selected as a White House Fellow, serving as a special advisor to First Lady Hillary Clinton.

Gupta contributes to the CBS newsmagazine 60 Minutes and Evening News with Scott Pelley. He is the author of two best-selling books, Chasing Life (2007) and Cheating Death (2009), both of which became companion documentaries for CNN.

In 2003, Gupta was named one of PEOPLE magazine’s “Sexiest Men Alive” and a “pop culture icon” by USA Today. That same year he also won the Humanitarian Award from the National Press Photographers Association. In 2004, the Atlanta Press Club named him “Journalist of the Year,” and in 2009, he won both the first Health Communications Achievement Award from the American Medical Association’s Medical Communications Conference and the Mickey Leland Humanitarian Award from the National Association for Multi-ethnicity in Communications (NAMIC). In 2010, Gupta was honored by John F. Kennedy University with its Laureate Award for leaders in health and wellness. 2011, Forbes magazine named him as one of the “Ten Most Influential Celebrities.” 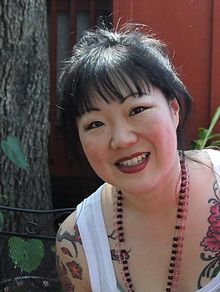 Margaret Moran Cho (born December 5, 1968) is an American comedian, fashion designer, actress, author, and singer-songwriter. Cho, of Korean ancestry, is best known for her stand-up routines, through which she critiques social and political problems, especially those pertaining to race and sexuality. She has also directed and appeared in music videos and has her own clothing line. She has frequently supported LGBT rights and has won awards for her humanitarian efforts on behalf of women, Asians, and theLGBT community.

As an actress she has played parts such as Charlene Lee in It’s My Party and that of John Travolta‘s FBI colleague in the action movie Face/Off. She is part of the TV series Drop Dead Diva on Lifetime Television, playing the role of Teri Lee, a paralegal assistant.

Cho was born into a Korean family in San Francisco, California. She grew up in a racially diverse neighborhood in the 1970s and 1980’s, which she described as a community of “old hippies, ex-druggies, burn-outs from the ’60’s, drag queens, Chinese people, and Koreans. To say it was a melting pot — that’s the least of it. It was a really confusing, enlightening, wonderful time.”

Cho’s parents, Young-Hie and Seung-Hoon Cho, ran Paperback Traffic, a bookstore on Polk Street at California Street in San Francisco. Her father writes joke books and a newspaper column in Seoul, South Korea.  After Cho expressed an interest in performance, she auditioned and was accepted into the San Francisco School of the Arts, an area arts high school. While at the school, she became involved with the school’s improvisational comedy group alongside actor Sam Rockwell.