You are here: Home / Education / Women Who Made History / Margaret Thatcher dead at 87 following stroke 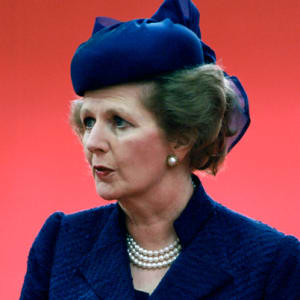 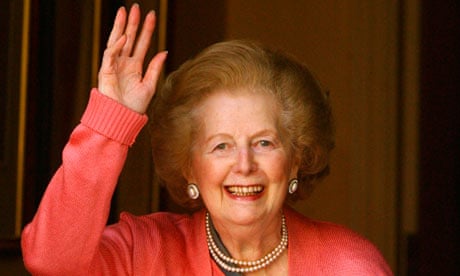 Margaret Thatcher, who has died at the age of 87. Photograph: Oli Scarff/Getty Images

Margaret Thatcher, the most dominant British prime minister since Winston Churchill in 1940 and a global champion of the late 20th-century free market economic revival, has died.

Her spokesman, Lord Bell, said on Monday: “It is with great sadness that Mark and Carol Thatcher announced that their mother Baroness Thatcher died peacefully following a stroke this morning. A further statement will be made later.”

Downing Street announced that she would receive a ceremonial funeral with military honours at St Paul’s Cathedral.

David Cameron, who is cutting short his trip to Europe to return to London following the news, said: “It was with great sadness that l learned of Lady Thatcher’s death. We’ve lost a great leader, a great prime minister and a great Briton.”

Cameron later said parliament would be recalled on Wednesday “for a special session in which tributes will be paid” to Lady Thatcher.

In a statement, President Barack Obama said that, “the world has lost one of the great champions of freedom and liberty, and America has lost a true friend.”

“Here in America, many of us will never forget her standing shoulder to shoulder with President Reagan, reminding the world that we are not simply carried along by the currents of history—we can shape them with moral conviction, unyielding courage and iron will.” To read more go to the link below: