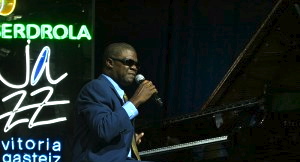 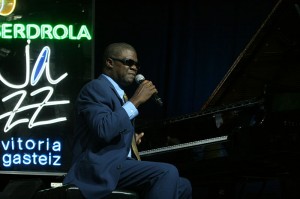 Marcus Roberts (born August 7, 1963, in Jacksonville, Florida) is an American jazz pianist. He achieved success as a stride pianist who celebrates classic standards and jazz traditions. Roberts has also distinguished his solos by accompanying himself with walking basslines. Interpreting Thelonious Monk, he adds creative dissonances to Monk’s compositions. 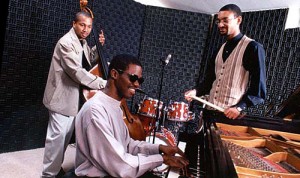 Blind since youth due to glaucoma and cataracts, Roberts attended the Florida School for the Deaf and the Blind in St. Augustine, Florida, alma mater of another distinguished musician, Ray Charles. Roberts began playing piano at an early age and then studied the instrument with pianist Leonidas Lipovetsky while attending Florida State University. In 1985, he got a break when famed trumpeter Wynton Marsalis chose him as his new sideman. Roberts became a close friend and disciple of Marsalis, and collaborated with him on many projects during the ensuing years.

With Marsalis’ support, and soon after joining him, Roberts began releasing his own records. His albums tend to be homages to past jazz greats. On a piece such as Nebuchadnezzar, Roberts uses traditional harmonies and chords, then builds an expansive tonal and melodic structure. He is renowned as an interpreter of Monk, Ellington, Morton and Gershwin, among others. He provided the soundtrack to the 1999 film Guinevere.

Roberts serves as Assistant Professor of Jazz Studies in the music program at Florida State University. He is also a Steinway Artist. 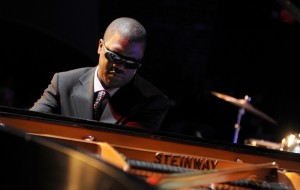 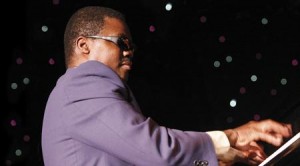 Across the Imaginary Divide, with Bela Fleck, Rodney Jordan and Jason Marsalis (2012)
As sideman
With Mark Whitfield

The Marksman (Warner, 1990)
With Elvin Jones