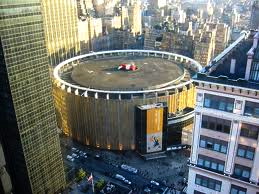 Madison Square Garden II
It was designed by Mr. Stanford White and had a seating capacity of 8,000 people. The Democratic National Convention of 1924 was held in this arena. It was constructed in lines with the Moorish architecture, and was the second tallest building in the New York city. The building had 32 stories and a statue of Diana, the ‘goddess of hunt’, was installed at the top, by Augustus Saint-Gaudens, an American sculptor. As the statue was too large, it was removed and moved to The Chicago’s World Fai. In the year 1925, the Madison Square Garden II was replaced by Madison Square Garden III.

Madison Square Garden III
The third garden was in focus, primarily for the Ringling Bros. and Barnum & Bailey Circus. Although ice hockey was played in the garden, the circus was allotted more time for their acts. The arena also hosted basketball and ice hockey, featuring the ‘New York Knicks’ and theNew York Rangers, respectively. The third garden, which had a seating capacity of 18,496 people, was constructed in mere 249 days.

The Madison Square Garden III also hosted several boxing matches and different events. 17th January, 1941 witnessed a record of 23,190 people attending the garden to watch Henry Armstrong, contesting Fritzie Zivic in a boxing match. In 1954, the garden hosted the All-Star Game started by the NBA. The NBA were the first to start the All-Star Game on 2nd March, 1951 in Boston.

The third garden, however, had some problems, such as poor sight lines and ventilation. It was closed in the year 1967. After the Madison Square Garden III was closed, the place was used as a parking space till 1989; after which the Worldwide Plaza was constructed there. 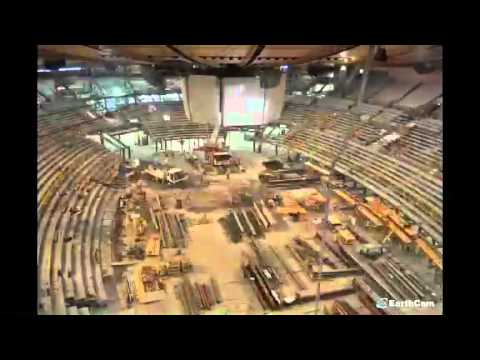