At the Library of Congress

Summary: Almost 1,000 special portrait photographs, called ambrotypes and tintypes, represent both Union and Confederate soldiers during the American Civil War (1861-1865). The photographs often show weapons, hats, canteens, musical instruments, painted backdrops, and other details that enhance the research value of the collection. Among the most rare images are sailors, African Americans in uniform, a Lincoln campaign button, and portraits of soldiers with their families and friends. 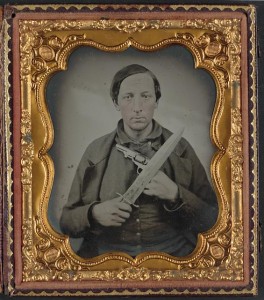 Photo: Unidentified soldier in Confederate uniform with knife and revolver

Tom Liljenquist and his sons Jason, Brandon, and Christian built this collection in memory of President Abraham Lincoln and the 620,000 Union and Confederate servicemen who died in the American Civil War. For many, these photographs are the last known record we have of who they were and what they looked like. See “From the Donor’s Perspective–The Last Full Measure” for the full story.

The Liljenquist Family began donating their collection to the Library of Congress, Prints & Photographs Division in 2010 and continues to add to it. In addition to the ambrotypes and tintypes, the collection also includes several manuscripts, patriotic envelopes, photographs on paper, and artifacts related to the Civil War. 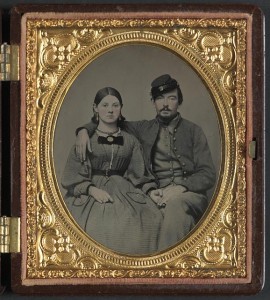 An April 2011 exhibition of the collection, The Last Full Measure: Civil War Photographs from the Liljenquist Family Collection, commemorates the sesquicentennial of the American Civil War. You can also enjoy this collection in Flickr, where public comments provide additional information about images in the set called Civil War Faces. 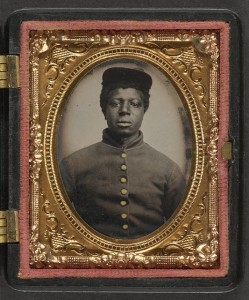