You are here: Home / Education / Politics / US Politics / L.A. County releases 1,700 inmates from jail early to prevent coronavirus outbreak behind bars and across the country by Josh Cain

L.A. County releases 1,700 inmates from jail early to prevent coronavirus outbreak behind bars and across the country by Josh Cain 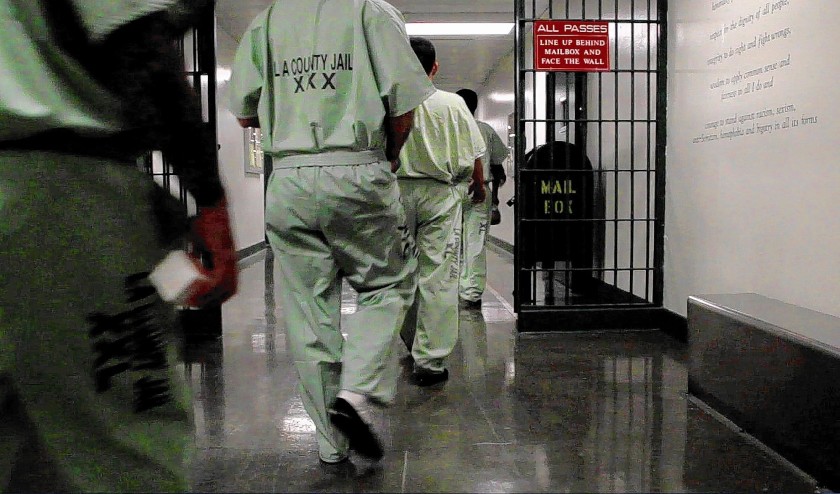 Los Angeles County’s jails are emptying fast as sheriff’s department officials try to limit the possibility of a disastrous outbreak of coronavirus behind bars.

For almost two weeks, Sheriff Alex Villanueva said he was looking for as many inmates as possible to safely release. On Tuesday, he said the number so far was 1,700 inmates, or about 10% of the county’s entire jail population.

All of those inmates had fewer than 30 days left on their sentences. And all were convicted of nonviolent misdemeanors, he said.

Villanueva said he has the power to speed up their releases and let them go early. But he said the rate of releasing inmates could start to slow soon.

“There won’t be any big amount” of releases after this, he said. “All the low-hanging fruit, we’ve already picked it.”

Villanueva said there are no confirmed cases of coronavirus inside any of the county’s jails so far.

He said he was still concerned about potentially bringing in an inmate with the virus undetected — to limit that from happening, he’s asked his own deputies and officers from municipal police agencies to make fewer arrests. Villanueva said he said he’s working with L.A. County’s Superior Court and the district attorney’s office to delay certain criminal proceedings.

Nearly 30 percent of L.A. County inmates are homeless, the sheriff said. With homeless advocates fearing deadly outbreak among the county’s most vulnerable living on streets, Villanueva said his department was working to ensure they don’t inadvertently release an inmate with the virus. To read more go to the link below: