You are here: Home / Education / Women Who Made History / Kim Lew Named CIO of the Year by Amy Whyte

Kim Lew Named CIO of the Year by Amy Whyte 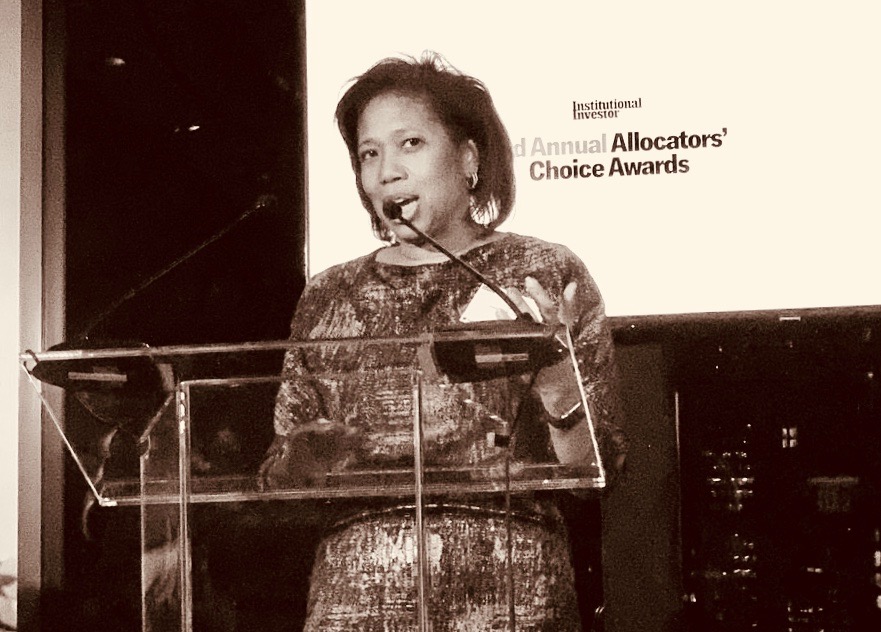 Asset owners have chosen Kim Lew, chief investment officer of the Carnegie Corp. of New York, as the CIO of the Year.

The honor, bestowed at Institutional Investor’s third annual Allocators’ Choice Awards, was voted on by allocators at pension funds, endowments, foundations, sovereign wealth funds, and the like. Lew was chosen from a group of twelve CIOs nominated by their peers for all-around excellence in portfolio construction, risk management, asset allocation, manager selection, board relations, and talent development.

Last year’s Lifetime Achievement honoree Roz Hewsenian presented the award to Lew on Tuesday night during an awards dinner at the Mandarin Oriental in New York.

Other investment organizations honored over the course of the evening included Cornell University, which won Turnaround of the Year for CIO Kenneth Miranda’s rehabilitation of the school’s lagging Ivy League endowment, and Chicago Teachers’ Pension Fund, which was voted Changemaker of the Year for its commitment to investing with diverse businesses and asset managers.

The Memorial Sloan Kettering Cancer Center, led by 2017 CIO of the Year Jason Klein, won Team of the Year. Investment Committee/Board of the Year went to the State of Wisconsin Investment Board, chaired by David Stein, executive vice president at Associated Banc-Corp. To read more go to the link below: