You are here: Home / Education / United States of America / Kentucky 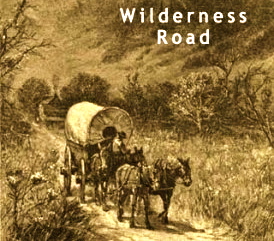 Follows pioneer families along wilderness road to Kentucky. Shows their schools, recreation and everyday tasks, such as weaving, soap-making, cooking, carpentry and candle-making.

Origin of the name

The name “Kentucky” derived from an Iroquois name for the area south of the Ohio River. There were many variations of the word during early pioneer times, including “Kaintuckee” and “Cantuckey.” The meaning of the Iroquois name is disputed by historians, but it is believed to mean “meadowland.”

The state’s official nickname is the “Bluegrass State,” which is derived from the famed species of grass grown in central Kentucky, Bluegrass, or Poa. “The nickname also recognizes the role that the Bluegrass region has played in Kentucky’s economy and history.”

Although inhabited by Native Americans in prehistoric times, when explorers and settlers began entering Kentucky in the mid-18th century, there were no permanent Native American settlements in the region. Instead, the country was used as common hunting grounds by Shawnees from the north and Cherokees from the south. The Iroquois also hunted there until 1768. The exploration of the area that would become Kentucky was made in 1750 by a scouting party led by Dr. Thomas Walker. The Iroquois claim to much of what is now Kentucky was purchased in the Treaty of Fort Stanwix (1768); that of the Shawnee and Mingo at the Treaty of Camp Charlotte concluding Dunmore’s War (1774), and that of the Cherokee at the Treaty of Sycamore Shoals (1775). However, this last treaty (The “Transylvania Purchase”) was not recognized by the renegade Cherokee Chief Dragging Canoe. During the American Revolution, settlers soon began pouring into the region; Dragging Canoe responded by leading his faction into the Chickamauga Wars (1776-1794), at the height of the War for Independence. The Shawnees north of the Ohio River, were also unhappy about the settlement of Kentucky, and allied themselves with the British.

After 1775, Kentucky grew rapidly as the first settlements west of the Appalachian Mountains were founded, with settlers (primarily from Virginia, North Carolina, and Pennsylvania) entering the region via the Cumberland Gap and the Ohio River. The most famous of these early explorers and settlers was Daniel Boone, one of the founders of the state. During this period, the settlers introduced agriculture to the area. Tobacco, corn, and hemp were the major crops of Kentucky, and the hunting stage of frontier life faded away.

Kentucky’s second largest city, and former capital Lexington, is named for Lexington, Massachusetts, site of one of the first battles of the Revolution. A fort was built there during the last year of the war for defense against the British and their Native American allies. Kentucky was a battleground during the war; the Battle of Blue Licks, one of the last major battles of the Revolution, was fought in Kentucky. Due to the ongoing violence, by 1776 there were fewer than 200 settlers in Kentucky.

The westernmost part of Kentucky, west of the Tennessee River, was recognized as hunting ground belonging to the Chickasaw by the 1786 Treaty of Hopewell, and remained so until they sold it to the U.S. in 1818.

After Kentucky County was legislatively created on December 6, 1776 (effective 1777), the county militia was organized as follows:

In January 1781, Governor Thomas Jefferson appointed George Rogers Clark as brigadier general, a special position created for an expedition against Detroit that never materialized. As a general, Clark was the highest ranking militia officer in Kentucky and supervised the work of the three Kentucky county colonels.

Several factors contributed to the desire of the residents of Kentucky County to separate from Virginia. First, traveling to the state capital was long and dangerous. Second, offensive use of local militia against Indian raids required authorization from the governor of Virginia. Last, Virginia refused to recognize the importance of trade along the Mississippi River to Kentucky’s economy. Trade with the Spanish colony of New Orleans, which controlled the mouth of the Mississippi, was forbidden.

The magnitude of these problems increased with the population of Kentucky County, leading Colonel Benjamin Logan to call a constitutional convention in Danville in 1784. Over the next six years, nine more conventions were held. During one, General James Wilkinson proposed secession from both Virginia and the United States to become a ward of Spain, but the idea was defeated. Finally, on June 1, 1792 the United States Congress accepted the Kentucky Constitution and admitted it as the 15th state.

Kentucky was heavily rural, but two important cities emerged. Louisville emerged as the largest city in the state, as the growth of commerce facilitated by steamboats and the construction of railroads made it the commercial center of the state. It attracted many Germans and Irish Catholic immigrants during their large mid-19th-century emigrations from Europe.

Lexington was the center of the Bluegrass Region, an agricultural area featuring production of tobacco and hemp, as well as the breeding and training of high-quality livestock, including horses. It was the base for many prominent planters, most notably Henry Clay, who became a politician and statesman. This central part of the state had the highest concentration of enslaved African Americans, whose labor supported the plantation economy.

In 1846 Kentucky paid close attention to the Mexican war. Some citizens enthusiastically supported the war, while others—especially Whigs who followed Henry Clay, opposed the war and refused to participate. The quest for honor was especially important, as a rising generation sought their self-identity and a link with heroic ancestors. The state easily met its quota of 2500 volunteer troops in 1846 and 1847.  Although the war’s popularity declined after a year or two, clear majorities supported it throughout, in part because residents believed victory would bring new lands for the expansion of slavery.

Kentuckian units won praise at the battles of Monterey and Buena Vista. Although many took sick, few died. Gaining honor and glory, as well as emotional maturity and a sense of the world at large, Kentucky units returned home in triumph. The war weakened the Whig party as the Democratic party rose to dominance during this period. 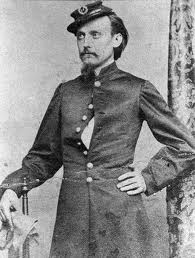 While remaining loyal to the Union, Kentucky was a border state during the American Civil War. The state was officially neutral until a new legislature took office on August 5, 1861 with strong Union sympathies. The majority of the Commonwealth’s citizens also had strong Union sympathies. On September 4, 1861, Confederate General Leonidas Polk broke Kentucky’s neutrality by invading Columbus, Kentucky.  As a result of the Confederate invasion, Union General Ulysses S. Grant entered Paducah, Kentucky. On September 7, 1861, the Kentucky State Legislature, angered by the Confederate invasion, ordered the Union flag to be raised over the state capitol in Frankfort, declaring its allegiance with the Union. In November 1861, during the Russellville Convention, Southern sympathizers attempted to establish an alternative state government with the goal of secession but failed to displace the legitimate government in Frankfort. On August 13, 1862, Confederate General Edmund Kirby Smith‘s Army of East Tennessee invaded Kentucky and on August 28, 1862, Confederate General Braxton Bragg‘s Army of Mississippi entered Kentucky beginning the Kentucky Campaign. Bragg’s retreat following the Battle of Perryville left the state under the control of the Union Army for the remainder of the war.

Although Kentucky was a slave state, it was not subject to military occupation during the Reconstruction Period. It was subject to the Freedmen’s Bureau and a congressional investigation into the propriety of its elected officials. During the election of 1865, ratification of the Thirteenth Amendment was a major political issue. Kentucky eventually rejected the Thirteenth, Fourteenth, and Fifteenth Amendments. Democrats prevailed in the election, and one of their first acts was to repeal the Expatriation Act of 1862, thus restoring the citizenship of Confederates.

After the war, the Ku Klux Klan was quite active in Kentucky, as some people sought to re-establish white supremacy. Between 1867 and 1881, the Frankfort Weekly Commonwealth newspaper reported 115 incidents of shooting, lynching, and whipping of blacks.

Kentucky became internationally known for its violent feuds, especially in the mountains. They pitted the men in extended clans against each other for decades, often using assassination and arson as weapons, along with ambushes, gunfights, and pre-arranged shootouts. Some of the feuds were continuations of violent local Civil War episodes.   Journalists often wrote about the violence, using stereotypes that city folks had developed about Appalachia; they interpreted the feuds as the inevitable product of profound ignorance, poverty, and isolation, and perhaps even interbreeding. In reality, the leading participants were typically well-to-do local elites with networks of clients who were fighting for local political power.

The Gilded Age saw the emergence of a women’s suffrage movement. Laura Clay, daughter of noted abolitionist Cassius Clay, was the most prominent leader. At he same time a prohibition movement began, which was challenged by the distillers (based in the Bluegrass) and the saloonkeepers (based in the cities).

Kentucky’s hemp industry declined as manila became the world’s primary source of rope fiber. This led to an increase in tobacco production, which was already the largest cash crop of Kentucky. 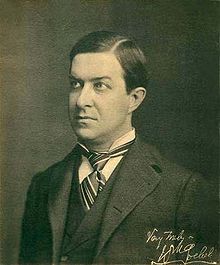 In 1860–1900 German immigrants settled in cities in northern Kentucky, especially Louisville. The most famous ethnic German leader in the late 19th century was William Goebel (1856–1900). From his base in Covington, he became a state senator in 1887, fought the railroads, and took control of the state Democratic party in the mid 1890s. Goebel’s 1895 election law took control of vote counting away from local officials and gave it to officials controlled by the Assembly, which the Democrats controlled. He used that power to be certified as governor in 1900. The apparent election of William S. Taylor as governor on the Republican ticket in 1899 was an unexpected turn of events.

The Kentucky Senate formed a special Committee of Inquiry packed with Democratic members. As it became apparent to Taylor’s supporters that the committee would decide in favor of Goebel, they raised an armed force. On January 19, 1900, more than 1,500 armed civilians took possession of the Capitol. For more than two weeks, the United States watched as the Commonwealth of Kentucky slid towards civil war. The presiding governor declared martial law and activated the official Kentucky militia. On January 30, 1900, Goebel, accompanied by two bodyguards, was shot by a sniper as he approached the Capitol. Though mortally wounded, Goebel was sworn in as Governor of the Commonwealth of Kentucky the next day. Goebel died from his wounds on February 3, 1900.

For nearly four months after Governor Goebel’s death, Kentucky had two officials functioning as the commonwealth’s chief executive: Republican Taylor, who insisted he was the governor, and Democrat J. C. W. Beckham, running mate of Governor Goebel, who was sworn in when the latter died. Beckham requested federal aid to determine Kentucky’s chief executive. The U.S. Supreme Court finally reached a decision on May 26, 1900, upholding the Commission’s ruling that Goebel was Kentucky’s governor. Since his Lieutenant Governor (Beckham) had followed Kentucky’s line of succession, Beckham was now governor.

Immediately following the court’s decision, Taylor fled to Indiana. He was later indicted as one of the conspirators in the assassination. Attempts to extradite him failed, and Taylor remained in Indiana until he died. Realizing how close they came to civil war, Kentucky leaders calmed the voters and managed to finish the decade with less heat and little violence.