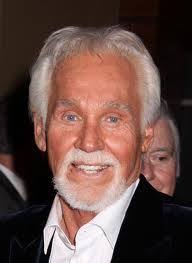 Kenny Rogers, a longtime star of country music, died Friday night, according to a statement posted by his family. He was 81.

Known for such hits as “The Gambler,” “Lady,” “Islands in the Stream,” and “Lucille,” Rogers died peacefully at home in Sandy Springs, Ga., of natural causes at 10:25 p.m., the statement said.

In all, Rogers had 24 No. 1 hits and was the winner of six CMA Awards and three Grammys, the family’s statement said.

Born in Houston, Texas, Rogers was raised in public housing along with seven siblings. He had his first gold single at age 20 with a song called “That Crazy Feeling” under the name Kenneth Rogers.

He then joined a jazz group, the Bobby Doyle Trio, as a standup bass player. His breakthrough came in 1966, when he was asked to join a folk group called the New Christy Minstrels. The band reformed as First Edition and scored a pop hit with the psychedelic song, “Just Dropped In (To See What Condition My Condition Was In).” After the group disbanded in 1974, Rogers pursued a solo career and his 1977 hit “Lucille” crossed over to the pop charts and earned the crooner his first Grammy.

“The Gambler,” written by Don Schlitz came out in 1978, which became Rogers’ signature song he later developed into a series of television movies that he starred in. To learn more about Kenny Rogers go to the link below: