You are here: Home / Education / Women Who Made History / Kamala Harris to make History as First Black Woman Vice President by CBS News 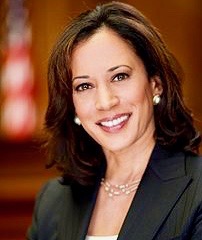 Harris’ ascension to the second-highest elected office of the land comes 100 years after the 19th Amendment granted women the right to vote, and 55 years after the Voting Rights Act codified voting protections for Black Americans. It is also just over 52 years since Shirley Chisholm became the first Black woman elected to Congress on November 5, 1968. Only two Black women — including Harris — have ever been elected to the U.S. Senate, and no Black woman has ever served as a state governor.

“It’s a really emotional victory for many of us,” said Aimee Allison, the founder of She The People, an organization that seeks to engage and support women of color in politics. “Her appeal goes far beyond ousting Trump. Her presence in the White House is fulfilling a promise to move towards a better future, one with racial and gender justice.”

In many ways, Harris’ election as vice president represents the achievement of the American dream, as she is the daughter of a mother who emigrated from India and a Jamaican immigrant father. She attended Howard University, a prominent historically Black university, and is a proud member of the all-Black sorority Alpha Kappa Alpha. To read more go to the link below: