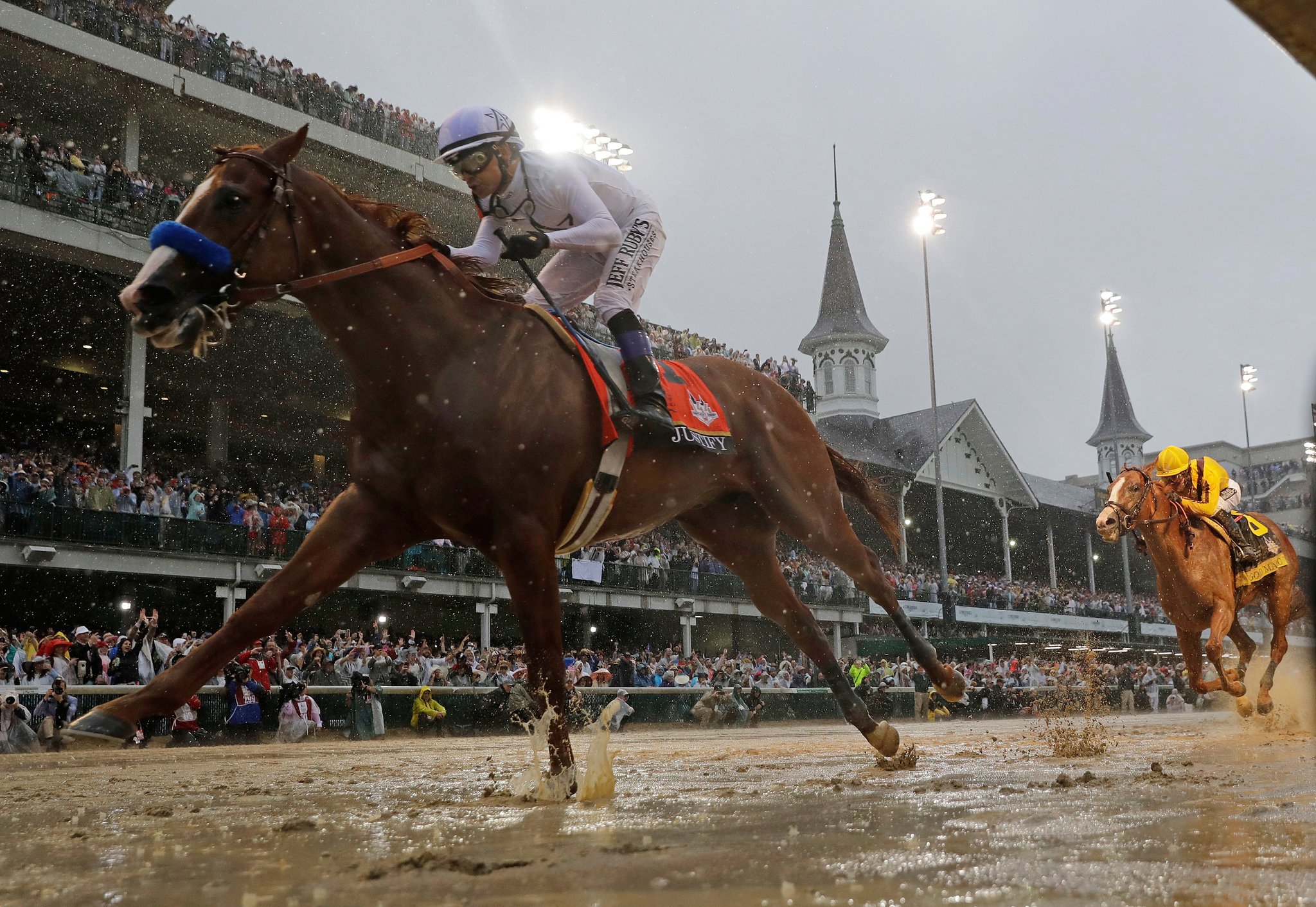 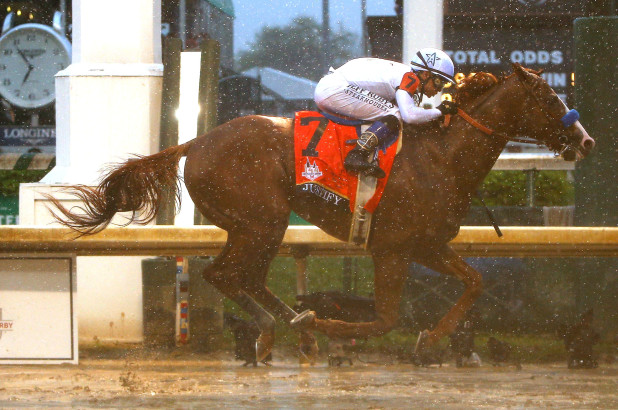 LOUISVILLE, Ky. — Justify splashed through the slop to win the Kentucky Derby by 2½ lengths Saturday, becoming the first colt in 136 years to wear the roses after not racing as a 2-year-old.

The chestnut colt who began his career in February improved to 4-0 — winning his races by a combined 21½ lengths — and gave Bob Baffert his fifth Derby victory. It snapped a tie and left the 65-year-old trainer trailing only Ben Jones with six.

Apollo in 1882 was the last colt to win without racing as a juvenile.

Mike Smith earned his second Derby victory. The 52-year-old jockey crossed the finish line at Churchill Downs with only a few specks of mud on his white and green silks in the rainiest Derby in the race’s 144-year history. Nearly three inches fell on the crowd of 157,813 throughout the day.

“Amazing horse,” Smith said. “He’s got that ‘it’ factor. He is so above average, he’s got unbelievable talent and he’s got a mind to go with it. He was loving this stuff.”

Smith’s silks were nearly spotless after he kept Justify near the lead throughout the race. He gunned Justify out of the No. 7 spot in the starting gate — something Baffert said had to happen — and the colt’s early speed helped hook leader Promises Fulfilled from the start.

“When he got away clean, then I thought we had a chance,” Baffert said. “We had to get away. Then Mike took his time.”

They set a blistering pace through the muck, going a half-mile in 45.77 seconds.

Entering the final turn, Justify took the lead and kept on going to the finish under Smith’s left-handed whip. 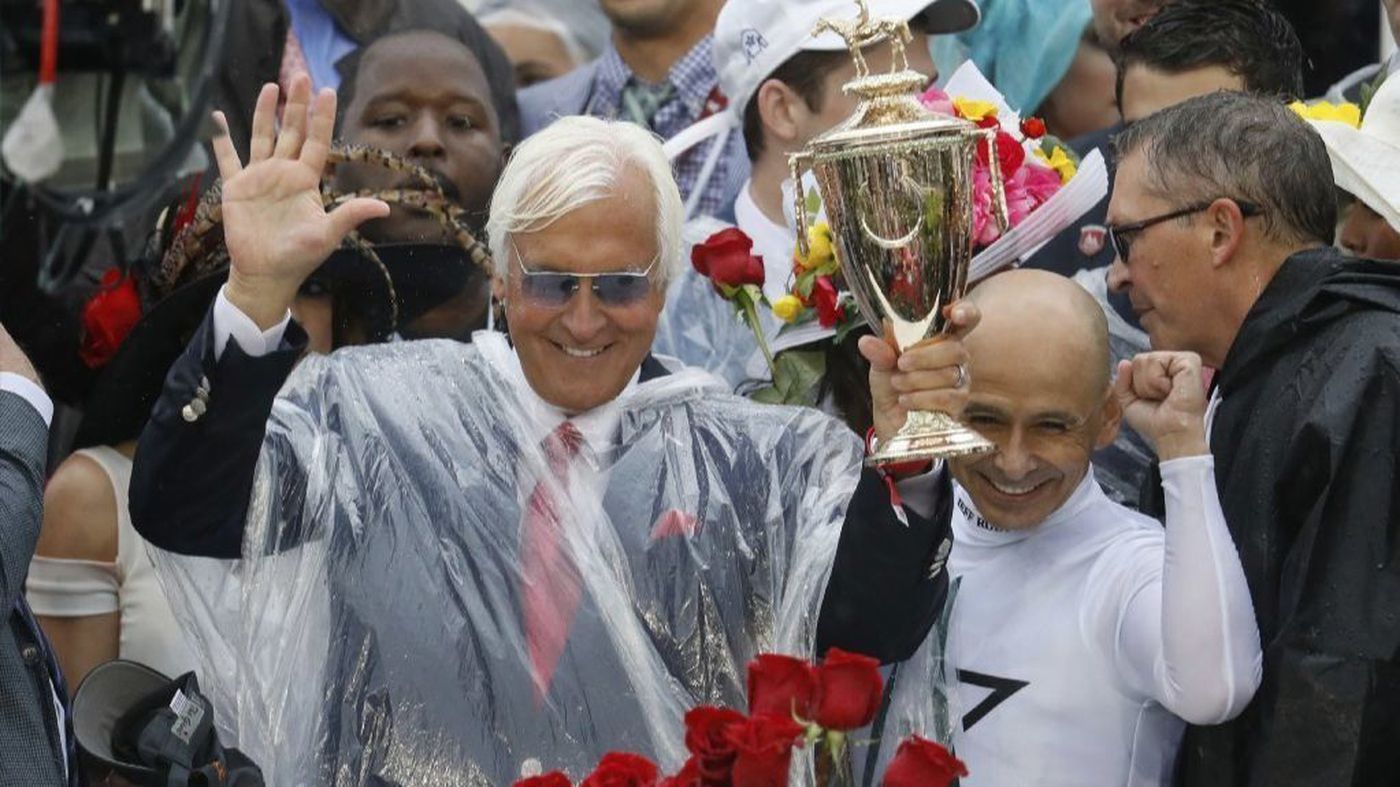 Good Magic was the only horse to have a serious shot at Justify turning for home. Good Magic, under Jose Ortiz, drifted out while Justify and Smith kept a clear and straight inside path.

Now, Baffert is in position to make another run at the Triple Crown. Three years ago, he trained American Pharoah to the first sweep of the Derby, Preakness and Belmont in 37 years.