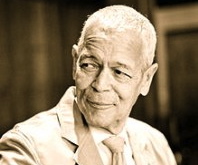 “Very few throughout human history have embodied the ideals of honor, dignity, courage, and friendship like Julian Bond. Quite simply, this nation and this world are far better because of his life and commitment to equality for all people. Future generations will look back on his life and legacy and see a warrior for good who helped conquer hate in the name of love. I will greatly miss my friend and my hero, Julian Bond.” In addition to his lifetime of work within and on behalf of the American civil rights movement, Bond was a passionate and stalwart supporter of the equal rights of LGBT Americans. In 2011, Bond highlighted his support of marriage equality through a video for HRC’s Americans for Marriage Equality and joined HRC in 2015 at the Supreme Court to hear oral arguments in Obergefell v. Hodges. In 2013, he wrote “LGBT rights are human rights” in a blog post on the 50th Anniversary of the March on Washington. Throughout the first half of this year, Bond wrote multiple opinion pieces in support of LGBT equality, including those that highlighted the need for equal treatment in the South, against anti-LGBT religious refusal legislation in state legislatures, and in strong support of comprehensive, federal LGBT non-discrimination protections. Bond also delivered impassioned speeches at HRC’s Gala Dinner in Los Angeles in 2009 and again at HRC’s National Dinner in 2013. 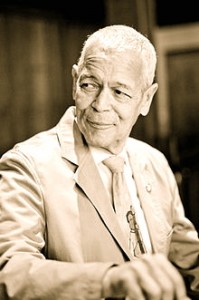 Horace Julian Bond (January 14, 1940 – August 15, 2015), known as Julian Bond, was an American social activist and leader in the Civil Rights Movement, politician, professor, and writer. While a student at Morehouse College in Atlanta, Georgia, during the early 1960’s, he helped to establish the Student Nonviolent Coordinating Committee (SNCC).

Bond was elected to four terms in the Georgia House of Representatives and later to six terms in the Georgia Senate, having served a combined twenty years in both legislative chambers. From 1998 to 2010, he was chairman of the National Association for the Advancement of Colored People and the first president of the Southern Poverty Law Center.

Bond was born at Hubbard Hospital in Nashville, Tennessee, to parents Julia Agnes (Washington) and Horace Mann Bond. His father was an educator, former president of Lincoln University. His mother, Julia, was a former librarian at Clark Atlanta University. At the time, the family resided on campus at Fort Valley State College, where Horace was president. The house of the Bonds was a frequent stop for scholars and activists and celebrities passing by, such as W. E. B. Du Bois and Paul Robeson. In 1945 his father was offered the position as the first African-American president of Lincoln University, and the family moved North. 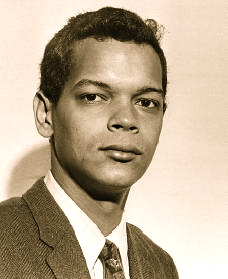 On April 17, 1960, Bond helped co-found the Student Nonviolent Coordinating Committee (SNCC). He served as the communications director of SNCC from January 1961 to September 1966, when he traveled around Georgia, Alabama, Mississippi, and Arkansas to help organize civil rights and voter registration drives. Bond left Morehouse College in 1961 to work on civil rights in the South. From 1960 to 1963, he led student protests against segregation in public facilities and the Jim Crow laws of Georgia.

He returned in 1971 at age 31 to complete his Bachelor of Arts in English. With Morris Dees, Bond helped found the Southern Poverty Law Center (SPLC), a public-interest law firm based in Montgomery, Alabama. He served as its president from 1971 to 1979. Bond was an Emeritus member of the Southern Poverty Law Center Board of Directors at his death. 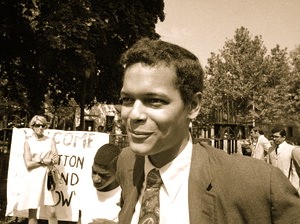 In 1965, Bond was one of eleven African Americans elected to the Georgia House of Representatives after passage of the Civil Rights Act and Voting Rights Act of 1965 had opened voter registration to blacks. By ending the disfranchisement of blacks through discriminatory voter registration, African Americans regained the ability to vote and entered the political process. Although he was initially undecided about his party affiliation, Bond ultimately ran and was elected as a Democrat, the party of President Lyndon B. Johnson, who had signed the Civil Rights Act and Voting Rights Act into law. On January 10, 1966, Georgia state representatives voted 184–12 not to seat him because he had publicly endorsed SNCC’s policy regarding opposition to U.S. involvement in the Vietnam War. They disliked Bond’s stated sympathy for persons who were “unwilling to respond to a military draft.” A three-judge panel on the United States District Court for the Northern District of Georgia ruled in a 2–1 decision that the Georgia House had not violated any of Bond’s constitutional rights. In 1966, the United States Supreme Court ruled 9–0 in the case of Bond v. Floyd (385 U.S. 116) that the Georgia House of Representatives had denied Bond his freedom of speech and was required to seat him. From 1967 to 1975, Bond was elected to four terms in the Georgia House, where he organized the Georgia Legislative Black Caucus. 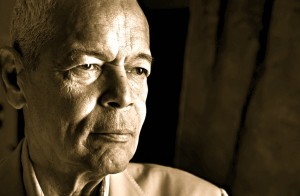 In January 1967, Bond was among eleven House members who refused to vote when the legislature elected segregationist Lester Maddox of Atlanta as governor of Georgia over the Republican Howard Callaway. Callaway had led in the 1966 general election by some three thousand votes. The choice fell on state lawmakers under the Georgia Constitution of 1824 because neither major party candidate had polled a majority in the general election. Former Governor Ellis Arnall polled more than fifty thousand votes as a write-in candidate, a factor which led to the impasse. Bond would not support either Maddox or Callaway, although he was ordered to vote by lame duck Lieutenant Governor Peter Zack Geer.