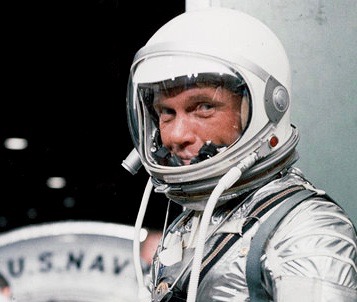 John Glenn, the first American astronaut to orbit the earth and a legendary figure in the American space flight program, has died, the Ohio governor has said. He was 95. Glenn was one of America’s first and most celebrated astronauts and had a long public career that included two space flights, 24 years as a U.S. Senator from Ohio, and a run for the presidency. He was born July 18, 1921. Glenn will go down in history as the first American to orbit the earth, one of the original seven Mercury astronauts. On Feb. 20, 1962, he climbed into his Friendship 7 capsule, lifted off from Cape Canaveral in Florida, circled the earth three times in five hours — and became a national hero. 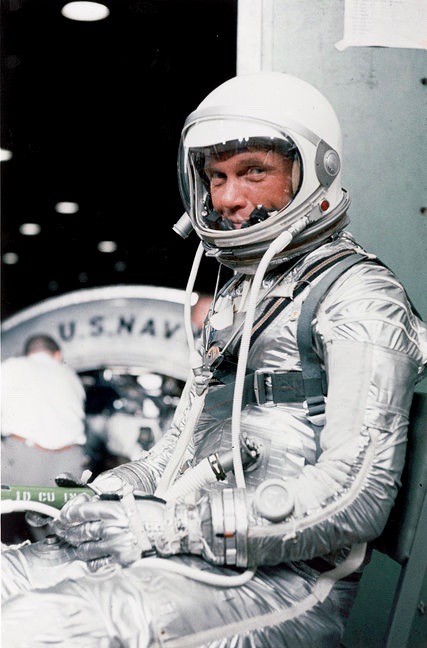 John Glenn: A Patriot in Space and Politics

John Glenn, a freckle-faced son of Ohio who was hailed as a national hero and a symbol of the space age as the first American to orbit Earth, then became a national political figure for 24 years in the Senate, died on Thursday in Columbus, Ohio. He was 95.

His death was announced on Twitter by Gov. John Kasich of Ohio.

Mr. Glenn had recently been hospitalized at the James Cancer Center at Ohio State University in Columbus, though university officials said at the time that admission there did not necessarily mean he had cancer. He had heart-valve replacement surgery in 2014 and a stroke around that time.

He had kept an office on the campus at the John Glenn School of Public Affairs, which he helped found, and had a home in Columbus.

In just five hours on Feb. 20, 1962, Mr. Glenn joined a select roster of Americans whose feats have seized the country’s imagination and come to embody a moment in its history, figures like Lewis and Clark, the Wright brothers and Charles Lindbergh.

To the America of the 1960’s, Mr. Glenn was a clean-cut, good-natured, well-grounded Midwesterner, raised in Presbyterian rectitude, nurtured in patriotism and tested in war, who stepped forward to risk the unknown and succeeded spectacularly, lifting his country’s morale and restoring its self-confidence.

It was an anxious nation that watched and listened that February morning, as Mr. Glenn, 40 years old, a Marine Corps test pilot and one of the seven original American astronauts, climbed into Friendship 7, the tiny Mercury capsule atop an Atlas rocket rising from the concrete flats of Cape Canaveral in Florida.

The Cold War had long stoked fears of nuclear destruction, and the Russians seemed to be winning the contest with their unsettling ascent into outer space. Two Russians, Yuri A. Gagarin and Gherman S. Titov, had already orbited Earth the year before, overshadowing the feats of two Americans, Alan B. Shepard and Virgil I. Grissom, who had been launched in separate missions only to the fringes of space.

What, people asked with rising urgency, had happened to the United States’ vaunted technology and can-do spirit? 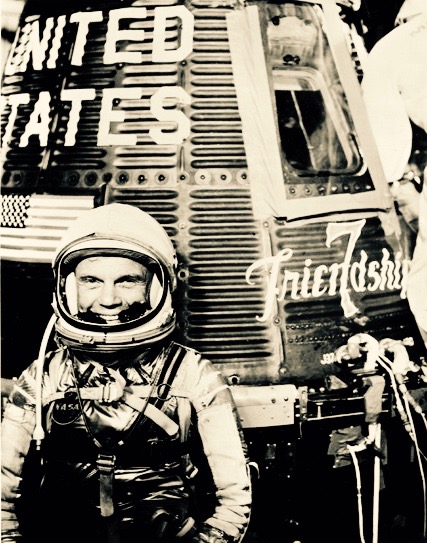 John Glenn with the Friendship 7 in 1962. He was hailed as a national hero and a symbol of the space age as the first American to orbit Earth.

The answer came at 2:47 p.m. Eastern time, when after weeks of delays the rocket achieved liftoff. It was a short flight, just three orbits. But when Mr. Glenn was safely back, flashing the world a triumphant grin, doubts were replaced by a broad, new faith that the United States could indeed hold its own against the Soviet Union in the Cold War and might someday prevail.

No flier since Lindbergh had received such a cheering welcome. Bands played. People cried with relief and joy. Mr. Glenn was invited to the White House by President John F. Kennedy and paraded up Broadway and across the land. A joint meeting of Congress stood and applauded vigorously as Mr. Glenn spoke at the Capitol.

In his political history of the space age, “…The Heavens and the Earth,” the author Walter A. McDougall described Mr. Glenn’s space mission as a “national catharsis unparalleled.”

“It seemed that he had given Americans back their self-respect,” Mr. McDougall added, “and more than that — it seemed Americans dared again to hope.”

Mr. Glenn was reluctant to talk about himself as a hero. “I figure I’m the same person who grew up in New Concord, Ohio, and went off through the years to participate in a lot of events of importance,” he said in an interview years later. “What got a lot of attention, I think, was the tenuous times we thought we were living in back in the Cold War. I don’t think it was about me. All this would have happened to anyone who happened to be selected for that flight.”

Mr. Glenn did not return to space for a long time. Kennedy thought him too valuable as a hero to risk losing in an accident. So Mr. Glenn resigned from the astronaut corps in 1964, became an executive in private industry and entered politics, serving four full terms as a Democratic senator from Ohio and in 1984 running unsuccessfully for the Democratic presidential nomination.

Finally, 36 years after his Mercury flight, in the last months of his final Senate term, he got his wish for a return to orbit. Despite some criticism that his presence on the mission was a political payoff, a waste of money and of doubtful scientific merit, the hero of yesteryear brought out the crowds again, cheering out of nostalgia and enduring respect as he was launched aboard the space shuttle Discovery on Oct. 29, 1998. At 77, he became the oldest person to go into space. 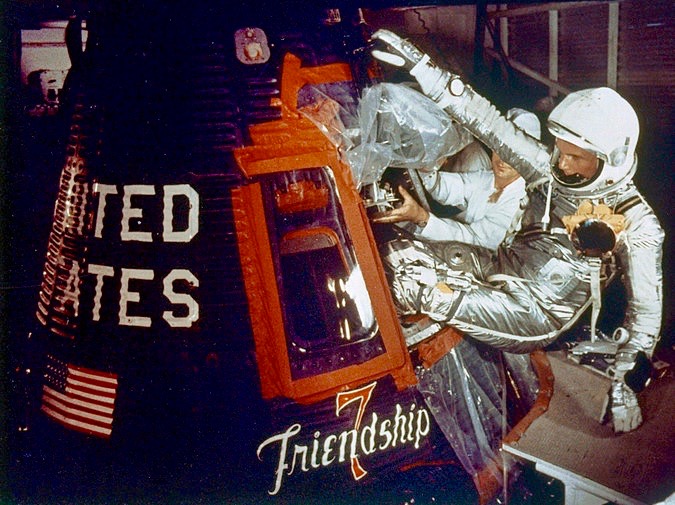 In retirement from the Senate, Mr. Glenn lived with his wife of 73 years, Anna (he always called her Annie), in a suburb of Washington in addition to Columbus. Ohio State University is the repository of papers from his space and political careers.

The Making of a Hero

John Herschel Glenn Jr. was born on July 18, 1921, in Cambridge, Ohio, the only son of a railroad conductor who also owned a plumbing business, and the former Clara Sproat. A few years later, the Glenns moved to New Concord, a small town in southeastern Ohio with a population of little more than 1,000.

“It was small but had a lot of patriotic feeling and parades on all the national holidays,” Mr. Glenn once said. “Wanting to do something for the country was just natural, growing up in a place like New Concord.” To read more go to the link below: