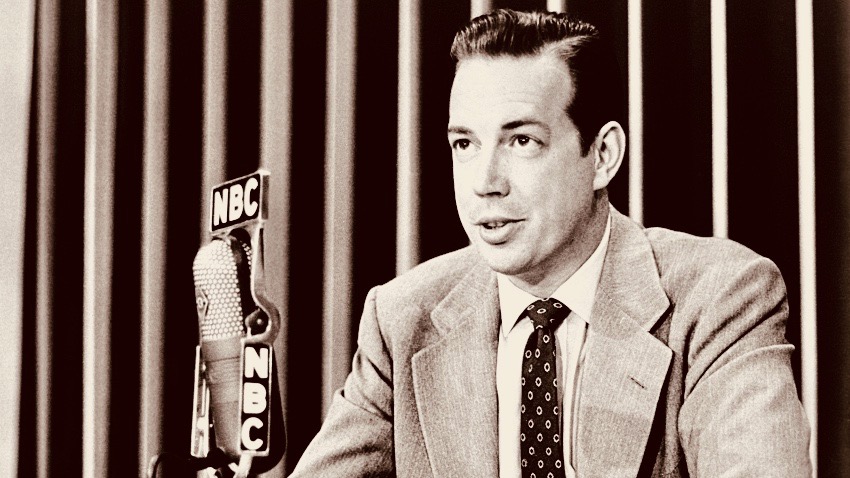 The Emmy-award winning broadcaster became a household name around the country during one of the country’s most turbulent periods.

Broadcasting icon Hugh Downs died on Wednesday at his Scottsdale, Arizona, home at the age of 99, his family confirmed to NBC News on Thursday.

Downs, an Ohio native, joined NBC in Chicago after he served in the Army and soon became a fixture in American households. The Emmy Award-winning broadcaster served as a “Today” show anchor for nine years from 1962 to 1971, one of the country’s most turbulent periods.

Downs spoke on air during some of the most profound moments in American history, such as the assassinations of Dr. Martin Luther King, Jr. and President John F. Kennedy.

One of Downs’ first producers has also become a household name in America: Barbara Walters. The duo worked together again years later when Downs joined her on ABC’s “20/20” in 1978, where Downs remained until his 1999 retirement from broadcast.

Walters and Downs were briefly reunited in Studio 1A at Rockefeller Center in 2012 for the 60th anniversary of “Today.” During interviews for the anniversary special, Downs reflected on his own legacy.

“I would like it if people remembered me as being fair and enjoying what I did and being honest with the audience,” Downs said in 2012. “Because I just could not, under any circumstance, say something I didn’t believe in or something that I thought was wrong.” To read more go to the link below: