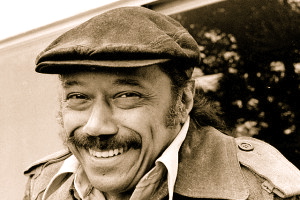 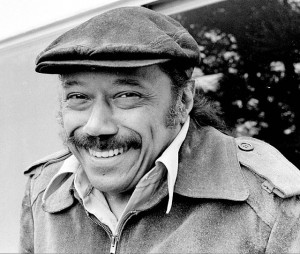 Silver is known for his distinctive playing style and pioneering compositional contributions to hard bop. He was influenced by a wide range of musical styles, notably gospel music, African music, and Latin American music, and sometimes ventured into the soul jazz genre. 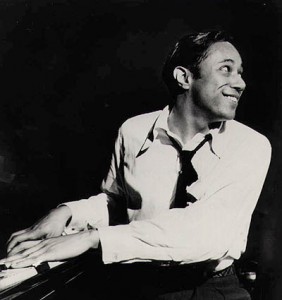 Silver was born on September 2, 1928, in Norwalk, Connecticut, United States. His father, John Tavares Silva, was from the island of Maio in Cape Verde while his mother was born in New Canaan, Connecticut, and was of Irish-African descent. His father, who worked in a rubber factory, taught him the folk music of Cape Verde. John had been born John Silva but had changed the family name, to the more American-sounding Silver, after immigrating. Silver’s mother Gertrude, was a maid and sang in a church choir.

Silver began his career as a tenor saxophonist but later switched to piano. His saxophone playing was highly influenced by Lester Young, and his piano style by Bud Powell. Silver’s big break came in 1950 backing saxophonist Stan Getz at The Sundown Club in Hartford, Connecticut. Getz liked Silver’s band and took them on the road, eventually recording three of Silver’s compositions. It was with Getz that Silver made his recording debut, for the 1950 Stan Getz Quartet album, which featured Getz and Silver with Joe Calloway on bass and Walter Bolden on drums.

Silver moved to New York City in 1951, where he worked at the jazz club Birdland on Monday nights, when different musicians would come together and informally jam. During that year he met the executives of the label Blue Note while working as a sideman. He eventually signed with them, remaining there until 1980. In New York, he co-founded the Jazz Messengers, a cooperatively-run group with Art Blakey.

In 1952 and 1953 Silver recorded three sessions with his own trio, featuring Blakey on drums and Gene Ramey, Curly Russell and Percy Heath on bass. The drummer-pianist team lasted for four years; during this time, Silver and Blakey recorded at Birdland (A Night at Birdland Vol. 1) with Russell, Clifford Brown and Lou Donaldson; at the Bohemia with Kenny Dorham and Hank Mobley; and also in the recording studio. Silver was also a member of the Miles Davis All Stars, recording the Walkin’ album in 1954.

The album Horace Silver and the Jazz Messengers was recorded on November 13, 1954 and issued in 1955. It was regarded as a milestone in the development of hard bop. It featured the mid-tempo blues “Doodlin'” and Silver’s first hit “The Preacher.” During his time with Blakey, Silver rarely recorded as a leader, but after splitting with him in 1956, he formed his own hard bop quintet at first featuring the same line-up as Blakey’s Jazz Messengers with 18-year-old Louis Hayes replacing Blakey on drums. 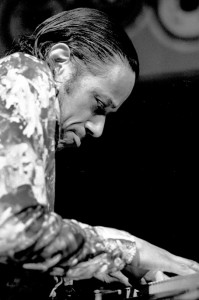 From 1956 onwards, Silver recorded exclusively for Blue Note, eventually becoming close to label boss Alfred Lion, who allowed him greater input on aspects of album production than was usual at the time. During his years with Blue Note, Silver helped to create the rhythmically forceful branch of jazz known as “hard bop,” which combined elements of rhythm-and-blues and gospel music with jazz. Gospel elements are particularly prominent on one of his biggest hits, “The Preacher”, which Lion thought corny, but which Silver persuaded him to record.

While Silver’s compositions at this time featured surprising tempo shifts and a range of melodic ideas, they caught the attention of a wide audience. His own piano playing easily shifted from aggressively percussive to lushly romantic within just a few bars. At the same time, his sharp use of repetition was funky even before that word could be used in polite company. Along with Silver’s own work, his bands often featured such rising jazz stars as saxophonists Junior Cook and Hank Mobley, trumpeter Blue Mitchell, and drummer Louis Hayes. Silver’s key albums from this period include Horace Silver and the Jazz Messengers (1955), 6 Pieces of Silver (1956) and Blowin’ the Blues Away (1959), which includes his famous “Sister Sadie.” He also combined jazz with a sassy take on pop through the hit “Filthy McNasty” (1961).

In 1963 Silver created a new group featuring Joe Henderson on tenor saxophone and Carmell Jones on trumpet; this quintet recorded most of Silver’s best-known album Song for My Father. When Jones left to settle in Europe, the trumpet chair was filled by a young Woody Shaw and Tyrone Washington replaced Henderson. Song for My Father (Cantiga Para Meu Pai) reached No. 95 on the Billboard 200 in 1965 and a year later The Cape Verdean Blues reached No. 130.

As social and cultural upheavals shook the nation during the late 1960’s and early 1970’s, Silver responded to these changes through music. He commented directly on the new scene through a trio of records much later collected together under the title The United States of Mind (1970–72) that featured the spirited vocals of Andy Bey. The composer got deeper into cosmic philosophy as his group, Silver ‘N Strings, recorded Silver ‘N Strings Play The Music of the Spheres (1979).

Between 1955 and 1980, Silver made more than twenty records for Blue Note, including The Jody Grind in 1966. Silver’s bands often featured the trumpeter Blue Mitchell and tenor saxophonist Junior Cook. Four of his Blue Note albums were included on the label’s “100 essential jazz albums” list issued in 2014 as part of its 75th anniversary celebration. 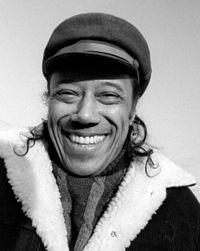 After Silver’s long tenure with Blue Note ended, he continued to create vital music. The 1985 album Continuity of Spirit (Silveto) features his unique orchestral collaborations. In the 1990s, he directly answered the urban popular music that had been largely built from his influence on It’s Got To Be Funky (Columbia, 1993). Living surrounded by a devoted family in California, Silver received much of the recognition due a venerable jazz icon. In 2005, the National Academy of Recording Arts and Sciences (NARAS) gave him its President’s Merit Award. The SFJAZZ Collective focused on Silver’s music for their 2010 season.

In July 2007 his autobiography Let’s Get to the Nitty Gritty: The Autobiography of Horace Silver was published by University of California Press. Reviweing the book for JazzTimes, Lee Mergner said, “.. this autobiography … contains some excellent primary source material on the genesis of modern jazz. Silver’s founding of the Jazz Messengers and his influential recordings for Blue Note ensure his special place in jazz history… During the ’50s when bebop and drug abuse went hand in hand, Silver was a veritable paragon of clean living, and that disparity helps to explain his professional disconnect from many of the players of that period.” But, Mergner goes on: “Silver’s account of his life and career post-1970 is less captivating for the average jazz fan, in part because he was less active as a recording artist and also because he is most preoccupied with explaining his unique blend of spirituality and metaphysics—not that there’s anything wrong with psychic experiences, mediums, astrology and dowsing.”