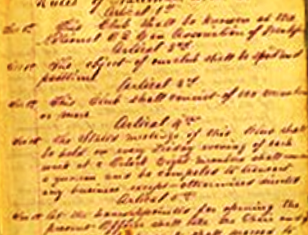 The History of Baseball

While the exact origins of baseball are unknown, most historians agree that it is based on the English game of rounders. A game which began to become quite popular in this country in the early 19th century and many sources report the growing popularity of a game called “townball”, “base”, or “baseball”.

Throughout the early part of the 19th century, small towns formed teams, and baseball clubs were formed in larger cities. In 1845, Alexander Cartwright wanted to formalize a list of rules by which all teams could play. Much of that original code is still in place today. Although popular legend says that the game was invented by Abner Doubleday, baseball’s true father was Cartwright.

The first recorded baseball contest took place a year later, in 1846. Cartwright and his Knickerbocker Base Ball Club of New York City lost to the New York Baseball Club in a game at the Elysian Fields, in Hoboken, New Jersey. These amateur games became more frequent and more popular. In 1857, a convention of amateur teams was called to discuss rules and other issues. Twenty five teams from the northeast sent delegates. The following year, they formed the National Association of Base Ball Players, the first organized baseball league. In its first year of operation, the league supported itself by occasionally charging fans for admission. The future looked very bright.

Baseball being played during the Civil War

The early 1860s however were a time of great turmoil in the United States. In those years of the Civil War, the number of baseball clubs dropped dramatically. But interest in baseball was carried to other parts of the country by Union soldiers, and when the war ended there were more people playing baseball than ever before. The leagues annual convention in 1868 drew delegates from over 100 clubs. As the league grew, so did the expenses of playing. Charging admission to games started to become more common, and teams often had to seek out donations or sponsors to make trips. In order for teams to get the financial support they needed, winning became very important.

Although the league was supposed to be comprised of amateurs, many players were secretly paid. Some were given jobs by sponsors, and some were secretly paid a salary just for playing. In 1869, the Cincinnati Red Stockings decided to become a completely professional team. Brothers Harry and George Wright recruited the best players from around the country, and beat all comers. The Cincinnati team won sixty-five games and lost none. The idea of paid players quickly caught on. Some wanted baseball to remain an amateur endeavor, but there was no way they could compete with the professional teams. The amateur teams began to fade away as the best players became professionals. In 1871, the National Association became the first professional baseball league.