You are here: Home / Colleges and Universities / Education / History of Kean University 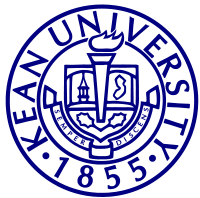 Liberty Hall, the ancestral home of the Livingston and Kean families and an important center of Revolution-era American politics and culture, was built in 1760 by New Jersey’s first governor, William Livingston. The mansion and grounds, on Kean’s Liberty Hall Campus in Union, now serve as an American history museum and center for historic research.

Livingston, Hamilton, and the American Revolution

The building of the estate on which Kean University is situated began to be built in 1760, when lawyer William Livingston, who would become New Jersey’s first elected governor (on August 31, 1776) and a Revolutionary War patriot and signer of the United States Constitution, bought 120 acres (0.49 km2) in then-Connecticut Farms and Elizabethtown, New Jersey, across the river from his New York home, in hopes of establishing a country residence. By 1772 extensive grounds, gardens and orchards had been developed and a 14-room Georgian-style house had been built under the supervision of Livingston. In its first year of occupancy the new house, christened Liberty Hall, was resided in by Livingston and Alexander Hamilton. In 1773 Livingston moved to the home with his wife, Susannah French of New Brunswick, and their children, full-time.

supervised the construction of Liberty Hall, initially a home that quickly became a key place in the shaping of America.

Alexander Hamilton Founding Father and the first United States Secretary of the Treasury, resided at Liberty Hall with Livingston while attending academy in Elizabethtown.

Liberty Hall suffered damage from the Revolutionary War by both British and American troops, the property having been central to the major Revolutionary development, the Battle of Connecticut Farms; the property was restored and Livingston continued to maintain the gardens and grounds as governor until his 1790 death. The estate passed to Livingston’s son, future Associate Justice of the United States Supreme Court Henry Brockholst Livingston. In 1798 the house was sold to George Belasise, Lord Bolingbroke and his wife Isabella; the new owners established an English boxwood maze that still stands today and made extensive additions to the principal outbuildings of the property, established or improved a large hot house, and developed the gardens, introducing rare shrubs and trees to the grounds, and possibly laying out the grounds west of the mansion.

In 1811, the Kean family acquired the Livingston estate when Peter Kean purchased Liberty Hall in trust for his mother Susan Livingston Kean Niemcewicz (women not being eligible to own property in their own right at the time). Susan Livingston Kean, a niece of Governor Livingston, was the widow of John Kean, a Continental Congress delegate and advocate for the ratification of the Constitution in South Carolina who served as the first cashier of the Bank of the United States. Having died from a respiratory disease that developed as a result of being held prisoner of war at sea during the Revolution, Kean died at 39 and Susan Livingston Kean remarried to Count Julian Niemcewicz, a Polish nobleman who fled Poland after fighting unsuccessfully for Polish independence from Russia but returned in the wake of Napoleon’s successful campaigns.

To honor her second husband Susan Kean changed the name of Liberty Hall to Ursino, the name of Niemcewicz’s Polish estate. Peter Kean, the only son of Susan and John Kean, who married Sarah Sabina Morris, a granddaughter of Lewis Morris, the first royal governor of New Jersey, and served as colonel of the Fourth Regiment of New Jersey and an escort of Lafayette on his tour of New Jersey predeceased his mother.

Another John Kean, son of John Kean II and Lucinetta Halsted Kean (“Lucy Kean”), inherited the estate after their deaths. John Kean served in the United States House of Representatives from 1883 to 1885, and again from 1887-1889, and in the United States Senate from 1899 to 1911. Senator kean lived at Liberty Hall when not in Washington, D.C. and held annual New Year receptions for his political supporters at the estate. After the death of Senator John Kean the house passed to his nephew, Captain John Kean, a National Guard calvalryman and president of the National State Bank, the Elizabethtown Water Company, and the Elizabethtown Consolidated Gas Company. Captain John Kean was the son of Katharine Winthrop Kean and United States Senator Hamilton Fish Kean whose library was housed at Kean Hall, a building constructed for that specific purpose in 1912.

A frequent political meeting place in the first years of its life, Kean Hall now houses the undergraduate admissions office and administrative offices including the Presidential Suite and the conference room for the Kean University Board of Trustees. Captain John Kean’s wife, Mary Alice Barney Kean, a historian and preservationist, was the last resident of Liberty Hall and was responsible for much of its preservation.

Newark, New Jersey was a growing, increasingly diverse metropolis in the late 19th century, largely due to the arrival of European immigrants.  Kean University was founded in April 1855 in Newark, New Jersey as the Newark Normal School, a Saturday morning school initially established for the exclusive purpose of being a teacher-education college for the educators of the city of Newark. The university was founded by Stephen Congar, Newark Superintendent of Schools, who founded the Newark Normal School with the goal of ensuring the continued improvement of the city’s schools through quality teaching. The academy was designed to improve the skills of teachers that Congar correctly viewed as lacking in formal training. Newark Normal School was the first Normal School created in New Jersey, and one of the earliest in the nation, with an inaugural class of 85 students, mostly women and primarily Newark High School alumni.

Most of the college’s first students were white, middle class, Protestants. Classes continued during the Civil War, but the numbers of men enrolled declined as young men joined the Union Army. Following the Union victory in the war, increasing numbers of Catholics, largely the children of immigrants, began to enroll beginning the school’s theme of a diverse student body that would continue to evolve over the next 150 years; by 1911 the children of immigrants exceeded thirty percent of the student body; since that time, Kean University has become one of the naton’s most diverse schools. In 1863 the Normal School students became formally required to teach in Newark Public Schools after graduation.

In 1913 the state took control of the college and the School was renamed the New Jersey State Normal School at Newark. The School moved to a new building at Fourth Street and Belleville Avenue (later Broadway Avenue) that year. In 1917, during World War I, the Normal School faculty and students worked in war-related fundraising and relief efforts.

In the following decade the Normal School raised its standards further, as evidenced by a 1925 announcement that “students who are deficient in spelling…will be dropped from the school” and by the 1928 extension of the Normal School program to three years. The Great Depression brought challenges for the School as enrollment and the overall number of teachers hired in New Jersey declined sharply. In 1934 a great milestone was reached when the Normal School became a four-year college and the State Board of Education authorized the Normal School to grant bachelor degrees – Bachelor of Science in Education.

In 1937 the college was renamed the New Jersey State Teachers College at Newark and remained in the Broadway building until 1958, when it moved to the current Union Township, New Jersey campus.

The Second World War brought sweeping changes to the College with some 300 students, both women and men, serving in the armed forces and seven Newark State students losing their lives on active duty. During the war, President Roy L. Shaffer pledged to keep the College “rolling” as part of the “moral and intellectual defense” of the nation.

The accelerating changes during World War II altered the nature of the College as its students, faculty, and curriculum became more diverse, the campus underwent physical changes, and the student body changed dramatically. One young veteran, writing home from occupied Germany, predicted that the College would see a lot more men faces after the war, which turned out to be very accurate; the education benefits offered under the GI Bill of Rights drove men to apply at unprecedented levels, including more African-American students.

As the post-war Baby Boom generated a large demand for new teachers, the College found itself broadening in the face of student deires for a broader curriculum that quickly expanded to encompass the liberal arts and sciences, the professions, and graduate education. While the college maintained a focus on educating teachers it was quickly developing itself into a comprehensive institution. By the early 1950s, post-war growth had severely strained the College’s facilities, causing a need for a new campus.

The purchase of the Kean Estate in Union Township, then called the “Green Lane Farm,” allowed for a new campus in 1958 at the site of the Kean family’s ancestral home at Liberty Hall. The following year the institution changed its name to Newark State College, completing its transformation from a college of education to a compreshensive institute of higher education.

President Eugene Wilkins retired in 1969, following the successful transition of the College from Newark to Union and the successful inaugural years of Newark State College. Wilkins was succeeded by Dr. Nathan Weiss, for whom the Nathan Weiss Graduate College is named. Weiss was committed to wide access to higher education, especially for first-generation college students, while fostering vastly expanded new programs in the sciences, health cares, business, and academic and administrative computing. Weiss led the school to its status as a truly multi-purpose institution.

Dr. Elsa Gomez became the first female president of Kean College in 1989 and served until 1994. By the 1990s the student body of Kean College was among the most diverse in New Jersey. The academic quality of the institution made great improvements towards the end of the 20th century as more members of the faculty, in rapidly escalating numbers, pursued teaching innovations, original scholarship and research, and external grants and funding. By the time Kean College of New Jersey became a university in 1997, under President Ronald L. Applbaum, the institution had achieved a new high level of academic and public recognition.

Becoming Kean University of New Jersey on September 26, 1997, a recognition of years of progressive service, achievement, and change, Kean soon added the Nathan Weiss Graduate College. In 2003 Dawood Farahi was elected president of Kean University by the unanimous vote of the board of trustees.

Kean University has grown to become the third largest institution of higher education in the State of New Jersey, after Rutgers University and Montclair State University. In recent years, besides its campuses in Union and Hillside, New Jersey, the University has recently completed additional expansions to Toms River, New Jersey, which houses an Ocean County satellite campus, as well as the People’s Republic of China. In 2006, the University announced that it was seeking approval from the Chinese and U.S. educational governing bodies to be the first American university to open an extensive University campus on Chinese soil. The new campus will be located in Wenzhou, Zhejiang Province, one of the richest, fastest growing Chinese provinces. The Chinese campus will enroll up to 4,000 students.

In 2009, the administration unveiled a major reorganization plan touted as the “first step” in privatizing the University.