You are here: Home / Education / Sports / History of Football 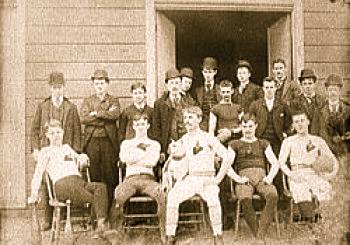 American football was started in 1879 with rules instituted by Walter Camp.  By: Mary Bellis, About.com Guide 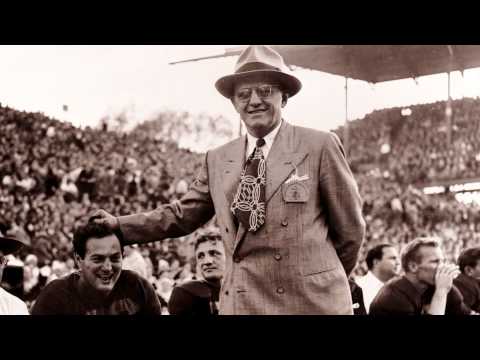 The Pigskin aka Playing Ball

Derived from the English game of rugby, American football was started in 1879 with rules instituted by Walter Camp, player and coach at Yale University.

Walter Camp was born April 17, 1859, in New Haven, Connecticut. He attended Yale from 1876 to 1882, where he studied medicine and business. Walter Camp was an author, athletic director, chairman of the board of the New Haven Clock Company, and director of the Peck Brothers Company. He was general athletic director and head advisory football coach at Yale University from 1888-1914, and chairman of the Yale football committee from 1888-1912. Camp played football at Yale and helped evolve the rules of the game away from Rugby and Soccer rules into the rules of American Football as we know them today.

One precursor to Walter Camp’s influence was William Ebb Ellis, a student at the Rugby School in England. In 1823, Ellis was the first person noted for picking up the ball during the soccer game and running with it, thereby breaking and changing the rules. In 1876, at the Massasoit convention, the the first attempts at writing down the rules of American football were made. Walter Camp edited every American Football rulebook until his death in 1925.

Walter Camp contributed the following changes from Rugby and Soccer to American football:

The NFL or the National Football League was formed in 1920.