You are here: Home / Education / Say No To Drugs / What Is the Controlled Substance Act? by Russell Michelson

What Is the Controlled Substance Act? by Russell Michelson 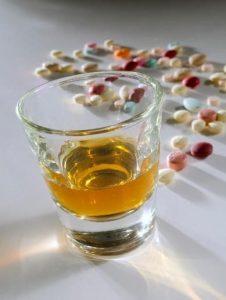 The Controlled Substance Act was created to set regulations for distribution, possession, use or the selling of specified substances. When a substance is listed as “controlled”, that means the government has set laws and regulations to control the use or distribution.

Depending on the state, the laws may vary. They may be similar to federal laws or may be more lenient. Some states require you to have a higher amount of the substance on hand in order to get convicted. They can be measured by ounces, grams, kilograms, or pounds. The type of drug plays a huge role too. Some drugs have a higher chance of abuse compared to others.

The controlled substance act divides each drug into schedules. There are five schedules and it is divided by how addictive the drug is and the potential of physical or psychological dependence. To learn more go to the link below: