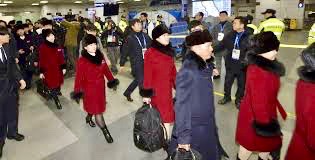 A 32-member delegation of North Korean athletes arrives at the Olympic athletes’ village in the South Korean coastal city of Gangneung to take part in the Winter Olympics. 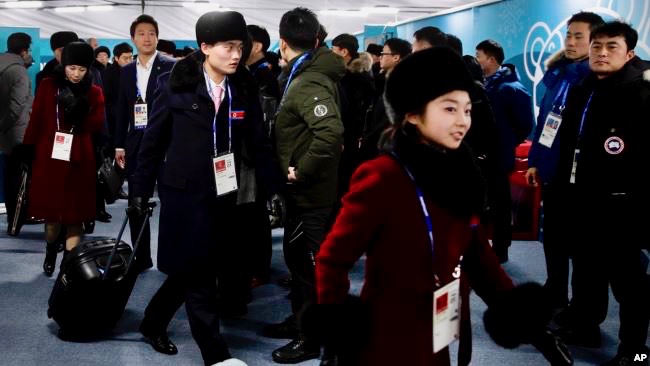 Ten North Korean skaters and skiers arrived in South Korea on Thursday to take part in the Winter Olympics, which opens next week.

Final preparations for the Olympics have brought a temporary reduction in tensions over the North Korean government’s nuclear weapons program.

A total of 22 North Korean athletes have won special permission from the International Olympic Committee to compete in the winter games. The event will take place from February 9 through the 25 in PyeongChang, South Korea.

A group of North Korean female hockey players arrived in South Korea last week. They are joining with South Korean players to form the first unified Korean team in the Olympics.

Until recently, North Korea had no athletes approved to compete in the games.

The 10 athletes were part of a 32-member North Korean delegation that arrived in South Korea by air. They flew on a South Korean flight that also brought back South Korean non-Olympic skiers who had visited a North Korean ski area this week.

The two Koreas have been planning a number of joint activities aimed at showing an easing of tensions during the games. Their athletes are to parade together with a single “unification flag” during the opening ceremony. 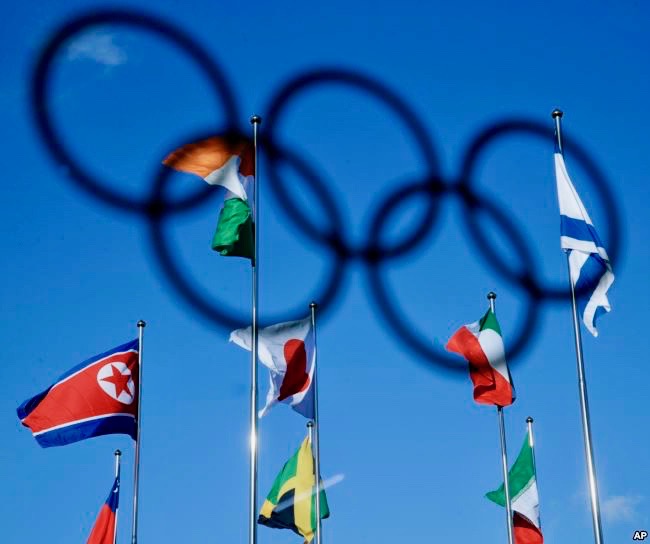 The North Korean flag, left, flies among flags from many nations at the Olympic Village at the 2018 Winter Olympics in Gangneung, South Korea, Feb. 1, 2018.

A rare sight on Thursday was the appearance of North Korean flags at the athletes’ village and other Olympic areas. Normally, South Korea would bar the flying of the North Korean flag on its territory while an anti-North Korea security law remains in effect.

South Korea sees the Olympics as a way to open meaningful communication with North Korea after a period of heightened tensions and diplomatic clashes with the North.

Some observers say the North Korean government may try to use improved ties with South Korea as a way to weaken sanctions against the North. The United States has led international efforts aimed at punishing North Korea for its nuclear and missile activities.

“It feels amazing (that the North Koreans are coming),” said Choi So Eun, a college student who volunteered to work during the Olympics. Choi spoke to the Associated Press after taking a selfie with another South Korean volunteer under a North Korean flag at the Gangneung athletes’ village.

“I thought only high-level officials in South Korea could see a North Korean in person, but I think I can see them here so I’m excited,” Choi said.

Next week, North Korea is to send a 230-member cheering squad, a 140-strong art group, taekwondo demonstrators and reporters as part of its Olympic delegation.

The last time North Korea sent a big delegation to South Korea was for the 2014 Asian Games in Incheon.

The Associated Press (AP) reported this story. George Grow adapted the report for VOA Learning English. Hai Do was the editor. We want to hear from you. How do you think the Olympics will affect relations between North and South Korea? Write to us in the Comments Section.