You are here: Home / Collection / Education / Historic Explosion, ‘No Words’: After Enormous Explosion Rips Beirut, A Search For Answers by Bill Chappell and Ruth Sherlock

Historic Explosion, ‘No Words’: After Enormous Explosion Rips Beirut, A Search For Answers by Bill Chappell and Ruth Sherlock 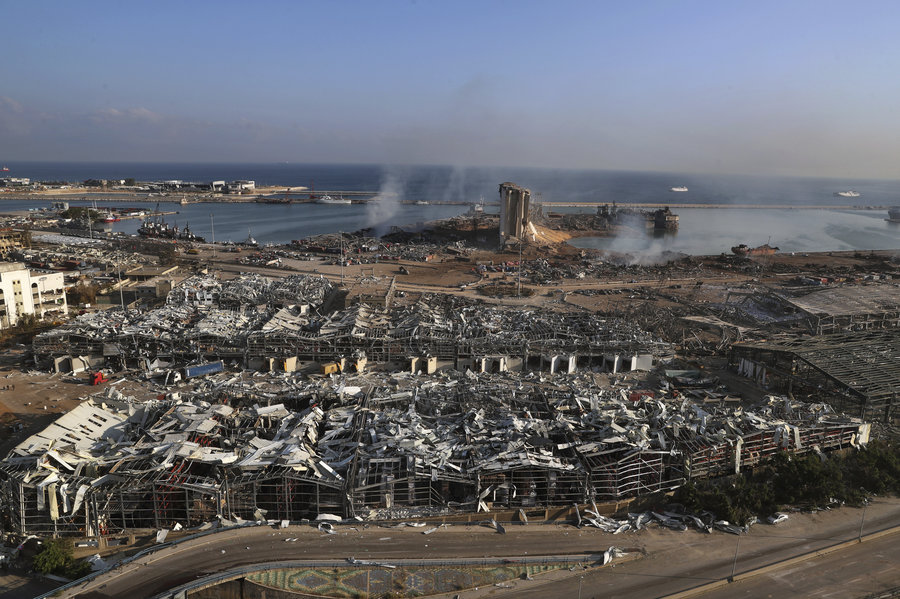 Beirut is reeling and Lebanon is in grief after a powerful explosion tore through the capital’s port area on Tuesday. The enormous blast, which officials said was driven by thousands of tons of ammonium nitrate, killed at least 100 people and injured thousands more. Emergency crews are still working to find all the victims.

“No words can describe the horror of the disaster that has hit Beirut last night, turning it to a disaster-stricken city,” Lebanese President Michel Aoun said Wednesday.

Video recordings captured Tuesday’s explosion, which followed a smaller blast and fire in a warehouse at the port. The explosion created an immense shock wave that shattered windows and was felt for miles around.

Aerial footage shows the port and surrounding neighborhoods are now a wasteland of devastated buildings and crushed vehicles. With smoke still rising at the blast site, rescue workers are digging through the rubble in search of victims trapped underneath. Families have posted pictures of loved ones on an Instagram page that’s been set up for the missing. To read more go to the link below: