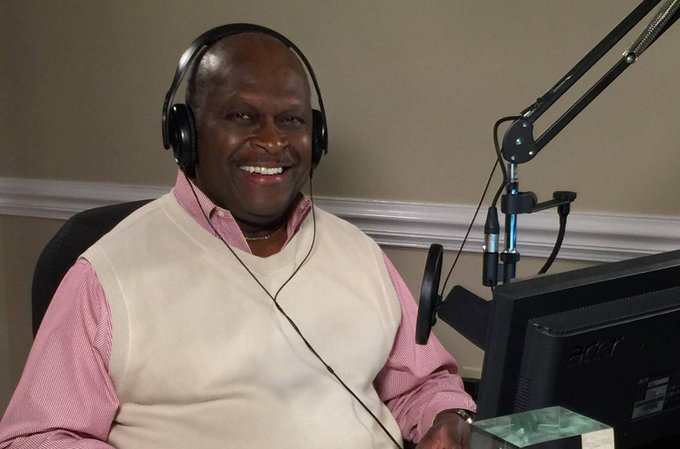 Herman Cain, a onetime Republican presidential candidate and former CEO of Godfather’s Pizza, has died from coronavirus, according to an obituary sent from his verified Twitter account and Newsmax, where he was launching a television show.Cain, 74, was hospitalized earlier this month, and his Twitter account said this week he was being treated with oxygen in his lungs. It is unknown where Cain contracted the virus.”We knew when he was first hospitalized with COVID-19 that this was going to be a rough fight,” Dan Calabrese, the editor of HermanCain.com since 2012, wrote in a post Thursday. “He had trouble breathing and was taken to the hospital by ambulance. We all prayed that the initial meds they gave him would get his breathing back to normal, but it became clear pretty quickly that he was in for a battle.”As a co-chair of Black Voices for Trump, Cain was one of the surrogates at President Donald Trump’s June 20 rally in Tulsa, Oklahoma — which saw at least eight Trump advance team staffers in attendance test positive for coronavirus. Trump campaign spokesman Tim Murtaugh has told CNN that Cain did not meet with Trump at the Tulsa rally. To read more go to the link below: