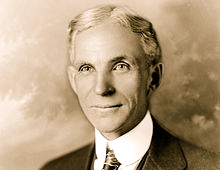 One of the finest documentaries from the 1980’s, VHS transfer from a television broadcast. Why doesn’t PBS release these? 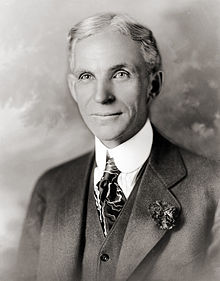 Henry Ford (July 30, 1863 – April 7, 1947) was an American industrialist, the founder of the Ford Motor Company, and sponsor of the development of the assembly line technique of mass production. Although Ford did not invent the automobile, he developed and manufactured the first automobile that many middle class Americans could afford to buy. His introduction of the Model T automobile revolutionized transportation and American industry. As owner of the Ford Motor Company, he became one of the richest and best-known people in the world. He is credited with “Fordism“: mass production of inexpensive goods coupled with high wages for workers. Ford had a global vision, with consumerism as the key to peace. His intense commitment to systematically lowering costs resulted in many technical and business innovations, including a franchise system that put dealerships throughout most of North America and in major cities on six continents. Ford left most of his vast wealth to the Ford Foundation but arranged for his family to control the company permanently.

Ford was also widely known for his pacifism during the first years of World War I, but also for being the publisher of antisemitic texts such as the book The International Jew. 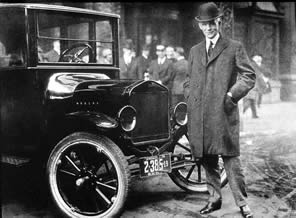 Was the founder of the Ford Motor Company, the father of the assembly line and of mass-production, and one of the wealthiest and most famous people who ever lived. However, history is bunk is probably one of the two things that most of us can recall that he ever said. The other being “People can have the Model T in any colour – so long as it’s black.”

What he actually said about history was:

His gung ho, don’t concern yourself with the past – live in the present philosophy was also apparent in a couple of other quotations:

In the Series 3, Episode 7 edition of the BBC’s QI quiz show, Stephen Fry made this comment:

There’s no evidence that Ford actually ever said, “Any color you like so long as it’s black.”

Fry’s researchers would do well to read Ford’s autobiography, My Life and Work, 1922, which includes this passage:

In 1909 I announced one morning, without any previous warning, that in the future we were going to build only one model, that the model was going to be “Model T,” and that the chassis would be exactly the same for all cars, and I remarked:

“Any customer can have a car painted any colour that he wants so long as it is black.” 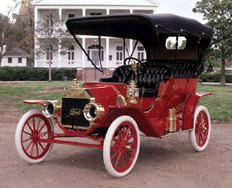 In is likely that Ford was being somewhat playful in making that remark. Model Ts were, in fact, offered in a choice of colour early in the car’s lifetime around 1908, and again after 1926. The statement was true when Ford’s biography was published, in 1922, and when he was cutting costs by using a type of quick-drying paint that was only then available in black.