You are here: Home / Education / Women Who Made History / Helen Jones Woods, Member of Barrier-Breaking All-Female Jazz Band, dies at 96 of Coronavirus by Matt Schudel 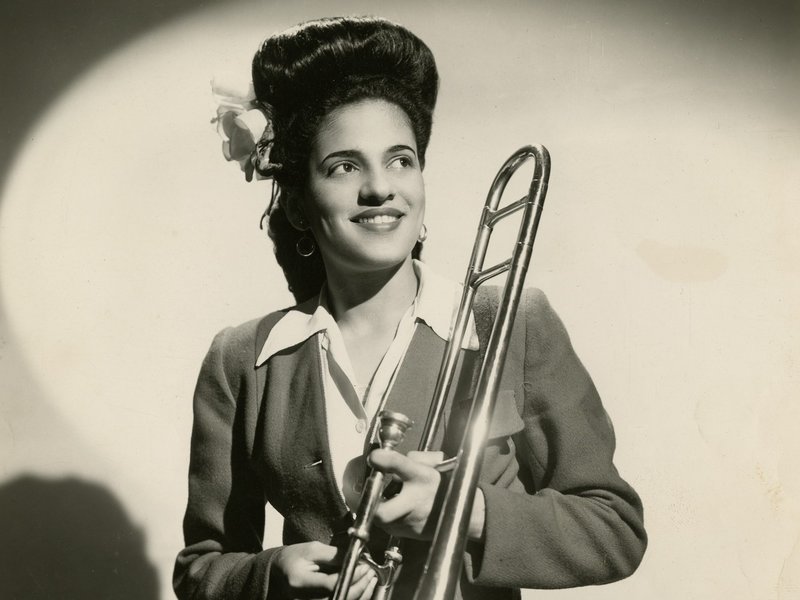 Helen Jones Woods grew up in rural Mississippi during some of the worst days of segregation. She spent her childhood on the campus of the Piney Woods School, which was founded in 1909 by her adoptive father, Laurence Clifton Jones, to provide a home and an education for orphans and other underprivileged children, most of whom were African American.

The school, which remains in its original location about 20 miles from the state capital, Jackson, became known for its musical groups, including the Cotton Blossom Singers and later the Five Blind Boys of Mississippi. After hearing an all-female swing band on the radio in the 1930s, Jones was inspired to launch a group at Piney Woods.

The group was formed in 1937, with the 13-year-old Ms. Woods, then known as Helen Jones, in the trombone section. At first, the teenage jazz musicians performed in Mississippi and neighboring states to raise money for the school. By 1939, they were appearing all over the country, including at the New York World’s Fair.

Within a few years, the band outgrew Piney Woods. In an act of rebellion, the musicians signed with a new manager, moved their base of operations to Washington and became known as the International Sweethearts of Rhythm. (For years, a building on U Street NW had a painted sign in the window: “Home of the International Sweethearts of Rhythm.”) The band members shared a house in Arlington, Va.

“My father was very much upset, but he didn’t say anything about me coming back,” Ms. Woods told the writer Leo Adam Biga for a blog post in 2010. “He sent his sister Nellie to bring us to Piney Woods, and she just said, ‘It would be wise if you came home, Helen.’ And I said, ‘No, I want to stay with the band.’ ” To read more go to the link below: