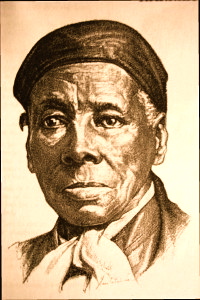 In the years before the Civil War, Harriet Tubman, a runaway slave herself, freed more than 70 slaves over the course of 13 secret rescue missions to the South. Furthermore, in June 1863, Harriet Tubman became the first woman to plan and execute an armed expedition in United States history; acting as an advisory to Colonel James Montgomery and his 300 soldiers, Tubman led them in a raid in South Carolina from Port Royal to the interior, some twenty-five miles up the Combahee River, where they freed approximately 800 slaves.

During the American Civil War (1861–1865) at least 240 women are known to have disguised themselves as men and fought as soldiers in the war (counting both the North and the South army). Dorothea Dix served as the Union’s Superintendent of Female Nurses throughout the war, placing her in charge of all female nurses working in army hospitals, which was over 3,000 nurses; women provided casualty care and nursing to Union and Confederate troops at field hospitals and on the Union Hospital Ship Red Rover. Furthermore, Dr. Mary Edwards Walker served as assistant surgeon with General Burnside’s Union forces in 1862 and with an Ohio regiment in East Tennessee the following year; imprisoned in Richmond as a spy, she was eventually released and returned to serve as a hospital surgeon at a women’s prisoner-of-war hospital in Louisville, Kentucky. After the war, President Andrew Johnson awarded her the Medal of Honor, making her the only woman ever to receive it.